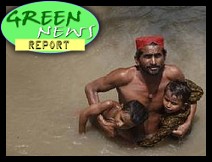 do your sources mention the demise of the Gulf Current Loop?

it seems the Gulf Loop Current has been been "disrupted" or broken off due to the oil and the corexit.

This is big, in a huge kinda way. Are Russia, China, Pakistan etc. already feeling the effects?

Please consider looking into this for your next report.

Theres not much to do for saving their lives

Tehy really got trouble to control this oil, I hope they gonna pay for such a mess
lån

yes Penge, it would be nice, but I'm not sure there is any price that can be paid for a new loop current. Capitalism itself, is is abundantly clear, must be abolished, pronto.