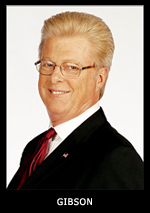 In 1999, former Pres. George Bush famously said, "I have nothing but contempt and anger for those who betray the trust by exposing the name of our sources. They are, in my view, the most insidious of traitors."

John Gibson, the Fox "News" anchor, takes an opposite view. He says he wants to "give a medal" to the Bush officials who deliberately jeopardized a top-secret, well-established CIA program that tracked the sales of weapons of mass destruction in black markets worldwide.

Why would a rightwinger like Gibby want to pin a medal on these traitors? Because the traitors are Republicans --- a cabal led by Dick Cheney and that included Karl Rove and Scooter Libby --- while the covert agent in charge of the CIA's top secret WMD tracking program, Valerie Plame Wilson, made a campaign donation to Al Gore in 1999.

(Ed Note: It is our understanding that she and her husband, former Ambassador Joe Wilson, also contributed to George W. Bush's campaign at the time as well.)

In her 20 years as a spy for the United States, Agent Wilson worked for a front business, an oil industry consulting firm called Brewster Jennings and Associates. She frequently traveled overseas where she developed a network of secret "assets" --- foreign nationals who provided her with inside knowledge on the movement of chemical, biological and even nuclear weapons and materials in the worldwide terrorist black market.

The CIA will not say, of course, how many of these foreign assets were compromised, killed, wounded or kidnapped and tortured as a result of Cheney's treasonous conspiracy to forfeit them by exposing Agent Wilson's covert identity.

And only time will tell how many weapons of mass destruction were transported undetected because Agent Wilson's network was forfeited --- and whether one or more of these weapons will be used to attack the United States.

But none of that matters to Republicans like John Gibson and his cohorts at Fox "News" and in the Bush White House, whose patriotism is as fake as the made-in-China American flags pinned to their lapels. Gibson's remarkable statement advocating giving a medal to Rove, Cheney and Libby --- the "most insidious of traitors" who betrayed vital national secrets --- exposes him for what he is: an ideologue who puts his party ahead of his country even at the risk of national security.

Blogged by Brad (quickly) from Atlanta...

Congrats to our friends, at RAW STORY. They've made it onto the radar screen of Rightwing Extremist, borderline psychotic John Gibson of Fox "News." They must be doing something right. Fantasy World Dwellers like the Bush dead-ender Gibson must be seeing the writing on the wall. If Gibson's silly, desperate, and unsupportable shots at RAW are any indication, it seems that the previous strategy of the 28-percenters may be quickly disintegrating. Pretending the real world doesn't exist --- by ignoring actual journalism and critics of administration policies (such as breaking the law, ignoring the constitution, etc.) --- may be a dog whose time on the hunt is soon coming to an end.

"The far Lefties are mad at [Cheney] for a host of imagined and concocted offenses. Having mostly to do with the fact that Cheney doggedly pursues our nation's enemies and he doesn't much care what other people think of what he's doing," opines Gibson from the undisclosed location of his own mind. That, after using the words "far far," "extreme," and "lefties" more times in his opening several sentences than we were able to count this morning.

Gibson, not watched by all that many people on Fox "News," describes RAW as being read by "not all that many people." In the past week, RAW STORY has had over 3.5 million page views. Anyone have time to check any numbers for Gibson's "Big Show"? We wonder how it compares number-wise.

By the way, the "Leftist blog" RAW STORY, as Gibson attempts to marginalize it, is not a blog. It's a news site. But, given his employer, we'll forgive Gibson for being unfamiliar with what news actually looks like.