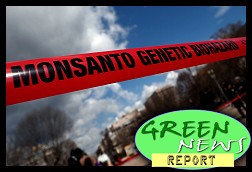 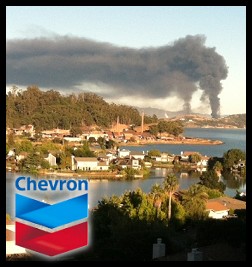 An environmental disaster that Gill sees as merely "inconvenient" for local citizens, could also provide a golden opportunity for the oil cartel, whose five largest companies are raking in $14.4 million in profits/hour along with $270,000/hour in tax breaks. As Gill was apologizing for the "inconvenience," Bloomberg not only noted a sharp gas price increase in the Bay area but predicted significant increases as far north as Seattle. This was followed by a Los Angeles Times prediction that "California gasoline prices could surge at least 35 cents a gallon this week."

If those predictions come to fruition, they would follow a pattern which occurred earlier this year when the entire West Coast experienced a sharp spike in gas prices after the shutdown of BP's Cherry Point refinery in Washington State. As reported by McClatchy, the spike prompted Sen. Maria Cantwell (D-WA) to call upon "the Federal Trade Commission to investigate refinery operators Alon, Chevron, ConocoPhillips, Shell, Tesoro and BP."

In that case, Cantwell cited a McCulloch Research report which claimed that prices were about 68 cents per gallon higher than they should have been, based on available supply. According to that report, the "sudden price shift...provided a significant windfall for refineries and retailers on the West Coast. At a differential of $.68 a gallon, this translates into a windfall profit of $43 million a day."

Looks like recent history is about to repeat itself.

All the while, we, the people, continue to give these monster corporations, the most profitable in world history, $270,000 in tax breaks every hour, while leaving the renewable, clean energy industry to beg for whatever scraps they can get. All of that, even though, "When there's a huge solar energy spill," as the Greenpeace billboard banned by oil-friendly Canada notes, "it's just called a nice day."

Democracy Now!'s 8/8/12 segment, dealing with the local impact of Chevron's Richmond, CA refinery fire follows below. (Note the map reflecting the number of additional refineries in the immediate area which were not shut down by the fire.)...