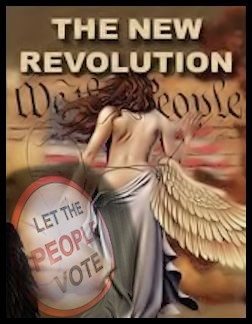 "I think democracy is the most revolutionary thing in the world," former British MP Tony Benn said when interviewed by Michael Moore in Sicko! --- "more revolutionary than socialist ideas…because...you have the power to use it to meet the needs of your community."

"If the poor in the U.S. and Britain turned out to vote for people who represent their interests," Ben continued, "it would be a real democratic revolution."

There is a fundamental difference between guarding against being co-opted by the corporate interests which presently control the leadership of both the Republican and Democratic Parties and refusing to vote altogether as an infantile form of protest...