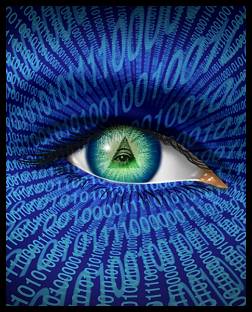 Whistleblower Edward Snowden did more than simply expose a level of NSA surveillance that suggests the entire system has grown dangerously close to that of "Big Brother" in George Orwell's 1984.

As reported by The New York Times on Monday, Booz Allen "has become one of the largest and most profitable corporations in the United States almost exclusively by serving a single client: the government of the United States." The company "reported revenues of $5.76 billion for the fiscal year ended in March."

These new revelations serve as a reminder that 9/11 did more than serve as an economic boon for the military-industrial complex. The events of that horrible day gave rise to an endless "war on terror," to the starkly swift passage of the USA PATRIOT Act of 2001 and eventually, along with it, --- as Sen. Russ Feingold, the only U.S. Senator to vote against the Act, predicted at the time --- to the massive reach of the NSA surveillance state. Feingold's prediction echoed the ominous warning provided by Sen. Frank Church (D-ID) some thirty years earlier, that if the NSA's surveillance capabilities were ever allowed to go unchecked, there would be "no place to hide."

But what Senators Feingold and Church do not seem to have anticipated was that this Orwellian level of surveillance capabilities would be placed into the hands of private cyber security contractors, and their billionaire benefactors, whose financial interests lie in an exaggerated state of fear and secrecy. The merger between the NSA and private corporate power raises the specter that this never-ending "war on terror" has given rise to a national security apparatus whose real purpose is to protect wealth and privilege against the threat democracy poses to our increasingly stark levels of inequality.

So, is it terrorism or democracy which is the real target of an omnipresent NSA surveillance capability? Or is it something else entirely?...