Despite our best efforts, on today's BradCast, we are unable to avoid the vortex of testimony by Donald Trump's newly-appointed and already-dishonest Attorney General William Barr in the U.S. Senate Judiciary Committee today. [Audio link to full show is posted below.]

What made the testimony of the President's cover-up man impossible to ignore (as much as we had previously hoped to) was the overnight release of a letter from Special Counsel Robert Mueller [PDF] sent to Barr just days after the A.G. released his misleading four-page letter to Congress in late March, mischaracterizing the findings of the Special Counsel's two-year probe into alleged Russian interference in the 2016 Presidential election, Team Trump's coordination with the effort, and the President's repeated attempts to obstruct the investigations into those matters.

In his letter, Mueller charged the A.G.'s summary --- sent to Congress nearly a full month before Barr finally released a redacted version of the Special Counsel's report [PDF] to the public --- "did not fully capture the context, nature, and substance of this Office's work and conclusions." That, Mueller wrote, led to "public confusion about critical aspects of the results of our investigation" and "threatens to undermine a central purpose for which the Department appointed the Special Counsel: to assure full public confidence in the outcome of the investigations." In his summary letter, Barr took it upon himself to clear Trump of obstruction charges even though Mueller's report specifically said it was unable to exonerate the President, finding at least 10 different instances in which Trump had attempted to stymie the investigation. Barr also mischaracterized the report's findings on "collusion" with Russia.

The revelation of Mueller's extraordinary complaints (which Barr described as "snitty" today) came after previous sworn testimony by the new A.G. in early April, in both the House and Senate, in which he misled members of both chambers regarding Mueller's concerns about Barr's inaccurate conclusions about the Special Counsel's findings. We share some experts from today's hearing in which Sen. Mazie Hirono (D-HI) charges Barr with lying to Congress and calls for his resignation, Sen. Dick Durbin (D-IL) calls out Republican colleagues for ignoring the matter in favor of calls to investigate Hillary Clinton's email server again, and Sen. Kamala Harris (D-CA) calls out of the A.G. for making his decisions about the case without, as he admitted, reviewing the evidence.

We're then joined today by North Carolina writer and activist TOM SULLIVAN, a daily correspondent for Digby's Hullabaloo and longtime progressive organizer in the Tar Heel state. Even though it's not why we had originally hoped to speak with Sullivan today, we get his thoughts on what to make of Barr's "stunning performance," as he describes it, and how Congressional Democrats should now respond, with impeachment seeming more and more inevitable each day despite continuing reticence from Democratic Congressional leadership.

As Sullivan is based in North Carolina, we also discuss the latest news from yesterday's mass shooting at UNC Charlotte, where a gunman killed two and injuried four others on the semester's final day of classes.

As well, U.S. House special election primaries were held in the state's 3rd Congressional District on Tuesday to fill the seat of the late GOP Rep. Walter Jones who died in February, and there is also a do-over election for the 9th Congressional District in a few months to fill the seat left vacant after the State Board of Elections refused to certify last November's contest upon discovery of a GOP Absentee Ballot Fraud scheme that tainted the race.

We briefly discuss both of those contests and Sullivan's "For The Win" nuts-and-bolts training guide for countywide Get Out The Vote operations in NC. He describes the manual as having been successfully used to organize Democrats in counties all over the country. (Request a copy for use in your own home town via email at tom.bluecentury at gmail).

And, finally, one of the points we'd originally hoped to discuss with Sullivan (but will have to dive in deeper on another day, given all the breaking news that shuffled things for us today), we get his thoughts on the still roiling internecine battles between progressive activists and the conservative Democratic Congressional Campaign Committee (DCCC) --- which has led to a new boycott campaign by a nationwide coalition of College Democrats. He offers his thoughts on "the campaign-industrial complex that exists in Washington, as well as in the state capitals," and what progressives may wish to do about it...

Among the many truthful stories covered on today's jam-packed BradCast filled with Trump lies and much more...[Audio link to show is posted below]...

On today's BradCast: It seems like we've been here before. Donald Trump is out lying about his border wall, Congress is days away from another potential government shutdown over Trump's demands, and various scandals continue to rock Virginia's elected Democratic leadership with calls for resignations both continuing and waning. [Audio link to show is posted below.]

Among the stories covered on today's show...

And, with all of those messes continuing concurrently, we open the phone lines today and receive some --- um --- fairly wild calls, including one from someone who claims to be black, but is calling for segregation in the U.S. (yes, really) and another from a guy who insists Trump should get due credit for a booming economy. (I disagree.)

All that and, yes, even more on today's BradCast... 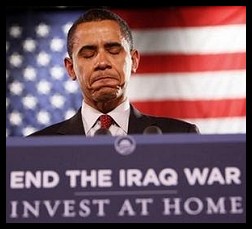