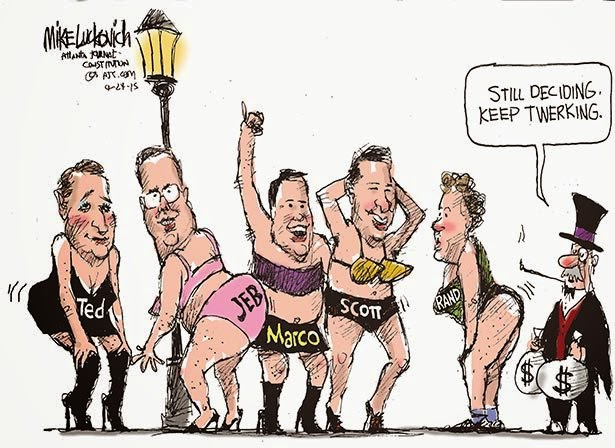 Last one is the best one.

Can white Baby Boomers and the leftovers of the Silent Generation make one last great white push to turn the evil tide of LIB'RUL-ISM? Tune in for the next 18 interminably long months to find out!

I loved all BUT the last one.

I'm an old white guy who doesn't believe white guys vote the way that cartoon portrays us. But it's not wrong to get us off the couch to defend ourselves either.

Don't be cruel about it though.

And STOP calling me a "baby boomer"!

I'm from the "least great generation".

You (notice I say "you" and conveniently not "we") may not always vote that way. But those who do vote that way are, indeed, a bunch of old white guys.

Sure won't argue with that Brad. There are those who don't care if we know who we really are, as long as they come out alive.

I'm from "the least great generation". What can I say?

I'm from "The Pepsi Generation"!

I've come up with a plan.

I'm going to deliver a letter to the Lt. governors office here, asking who owns our voting machines. As far as I know, it's some guy in Canada.

I'm going to do it anyway, because I think It's the best idea I came up with.

I'll keep BradBlog posted and donate what I can in about a month. I have bills.