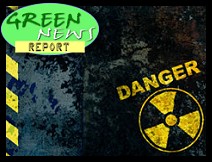 IN TODAY'S RADIO REPORT: Japan to phase out nuclear power --- sort of; US nuke whistleblower warns of new risks; Shell gives up on Arctic drilling --- for now; PLUS: It's official: August 2012 was hot --- really hot ... All that and more in today's Green News Report!

Thanks so much for listening, Dredd! It is very, very much appreciated.

I noticed a comment from a visitor to the Arctic:


Having just witnessed climate change in action on an Arctic campaign, Greenpeace International head Kumi Naidoo professed, "I am shit scared." Despite the fact that the Arctic seems far away, Naidoo said, "What happens in the Arctic doesn't stay in the Arctic."

(Arctic Sea Ice Loss). There is a slide presentation that shows the things we can expect to lose as time goes on and we do not turn this around.