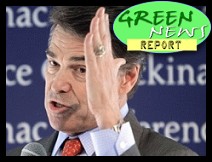 
* The combined annual benefits from four proposed rules examined here exceed their costs by $160 billion to $440 billion a year. The benefit/cost ratio ranges from 12-to-1 to 32-to-1.

The historic removal of Elwha Dam is easily watched even by viewers in wheelchairs, on a new overlook trail opened by the Clallam County. And if you don't even want to get your shoes dirty, you can watch online, from six webcams.

"Poo power" is not the only game in London Town.

A mock trial is taking place, before The Supreme Court of Britain, concerning the issue of Ecocide.

The trial will help fashion court room dynamics for prosecution of those bringing on Ecocide, should it be determined that Ecocide should be added to international courts that prosecute for genocide.