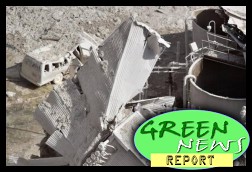 FACT SHEET: Launching the Every Kid in a Park Initiative and Designating New National Monuments (White House.gov):
As part of President Obama's commitment to protect our Nation's unique outdoor spaces and ensure that every American has the opportunity to visit and enjoy them, today he will launch an "Every Kid in a Park" initiative that will provide all fourth grade students and their families with free admission to National Parks and other federal lands and waters for a full year.

"the idea of 'fixing' the climate by hacking the Earth's reflection of sunlight is wildly, utterly, howlingly barking mad."

Well, you've got that right, Brad. You're out of focus on climate change, but as far as geoengineering goes, couldn't agree more.