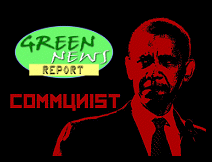 IN TODAY'S RADIO REPORT: It's official: US drought is now declared a natural disaster; Massive anti-nuke protests in Japan; Kalamazoo River tar sands pipeline spill was entirely preventable; PLUS: Shell Oil's excellent adventure in the Arctic gets off to a rocky start ... All that and more in today's Green News Report!

« PREVIOUS STORY "What I Wouldn't Give for a Conservative Chris Hayes"
» Go to The BRAD BLOG front page «
"I'm Interviewing Jack Abramoff Tomorrow..." NEXT STORY »