No time to go into detail on this story, before what --- I promise --- will be a very lively appearance during my weekly 5pm PT (8pm ET) appearance on The Peter B. Collins Show today, where we'll have a very special guest joining us, and before Guest Hosting the Malloy Show from 6p-9p PT (9p-Midnight ET), so lemme just get this out here breifly and let you click for more details.

As reported yesterday by The Missoulian, and denounced today by Project Vote...

[T]he Republican Party of Montana is challenging the eligibility to vote of at least 6,000 residents of that state—mostly in key Democratic strongholds—based solely on the fact that the residents have filed change-of-address cards with the U.S. Postal Service. While state GOP executive director Jacob Eaton claims the challenges are an attempt to protect “the integrity of the voting process,” such massive challenges at this late date threaten to overwhelm election officials, suppress turnout of eligible voters, and create chaos at the polls.

As noted in the Missoulan's lede graf, the 6,000 challenged were voters are "in seven counties historically considered Democratic strongholds." They also report that, "Only twice in the past 15 years has [the] Missoula County election administrator [where 3,422 of the challenges are] had anyone try to challenge another voter's eligibility."

The Republican War on Democracy continues. 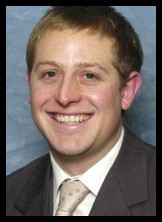 UPDATE 10/4/08: James Sample at HuffPo reports that one of those 6,000 challenged voters who may lose their right to vote is a former MT State Rep, and an Army Reservist, currently in New Jersey because he's about to leave for Iraq. Again. He won't be able to go to Montana to confirm his authenticity, unfortunately. First Lieutenant Kevin Furey (seen at right) has released this statement:

It is ironic that at the same time I am about to return to Iraq to help build a democracy that my own right to vote is being challenged at home for partisan purposes. These challenges are a blatant and offensive attempt to suppress the rights of voters.

Once again, Republicans continue to show that they hate both democracy and the troops!

I live in MT, and the cities they are targetting are Butte, Missoula and a few others (those are the biggest ones). Missoula has been a long-standing bastion of liberalism (by MT standards anyway). Butte, although very conservative, has been a longstanding union town dating back to the copper mining days, so I guess the GOP thinks of it as liberal, although I wouldn't consider Butte a 'liberal' town in the least.

Anyway its pretty obviously vote caging, per my understanding of that term.

Brad,
I just voted here in Canada, in advance, by mail as I am away from home working.
Our election was called a month ago and will be done October 14th.
I filled in a paper ballot.
It will be counted by a person.
Other people will be watching that.
People are hired to do these jobs and are instructed in how to do an impartial job by officials who are not rabid partisans looking to push their side.

If a poll is close or something is wrong, all of those paper ballots will be taken out of their secure storage and re-counted, with people watching..

We will have our results the same night, and any cases of chicanery are investigated immediately.

If George Bush had been elected under a parlimentary system as was our little baby Bush; Steven Harper, he would have probably had a minority government, where a coalition or cooperation of the opposition parties would have 'brought down' the government a long time ago.

Not gloating, just wondering why you do this to yourselves so regularly? You do have a more entertaining process in the interesting parts, but it would be nice to have more time spent governing than running..

Still, we all live in the best two countries in the world. Be vigilant.
Rick
http://www.youtube.com/watch?v=uApZuZ6RPy4
'Sorry about your white house. I see you've re-built it. It's very nice.'

If you want an idea of how to stand up for yourselves in challenging election results, just picture how the Republicans are going to act in defeat.
Part of that will be to feed the spewing of the Limbaughs etc., excusing it all as so unfair and giving themselves years' worth of conspiracy talking points, but just picture the fervor they will show n challenging any results they think they can.
You have history on your side, sadly it has been ignored and you may have to re-live it.
Stay Strong,
Rick
http://www.youtube.com/watch?v=uApZuZ6RPy4
'Sorry about your white house. I see you've re-built it. It's very nice.'

Can they prove it's a case of selective enforcement? Or is it only Democrats who tend to move?

C., having visited that gorgeous state once, I can tell it is very easy to pick the towns by party leanings, but even if it were not, we don't want ANY CITIZEN having their vote yanked out from under them.

bloggers here in missoula have been just raking republicans over the coals on this slimy cynical tactic. the funny thing is; the usual right wing extremist defenders have been silent on the subject. maybe they are ashamed of their own party? i know i would be if i called myself a republican.

Again, I guess I'm expecting too much...shouldn't the state attorney general be involved...if these people were prosecuted, maybe they would think twice before illegal activities!

Don't hold me to it, Mugzi, but if Montana is like California, the AG represents the state agencies, and so could well have a conflict of interest in any suit that would threaten to bring in, say, their Secretary of State.... It would be swell if the Montana Secretary of State did something about this crap, or any of the counties' District Attorneys....

Brad:
With Wisconsin having its Republican voter purging problems I came across an article that I don't believe you posted yet.
http://elections.state.w...docid=14689&locid=47
Our wonderous Attorney General who wants to purge the state voter roles of all the voter frauds may have to change tactics. He wanted to compare the voter registration lists to DOT lists. Where ever there was an incomplete match the voter would be flagged and that voter's registration would be in question. The Government Accoutability Board looked into it and relaized that this tactic had problems, 4 of the 6 board members were flagged even though all are former judges who have voted consistently for decades in Wisconsin. I'm not sure what's going to happen next but I checked last week, and I'm still registered. I'll check again the week before elections, just to make sure. I figure the most agressive purging will go on in Dane County (where Madison is) because that's where all us whacky liberals live.