Three Senators who served on the Judiciary Committee in 1991, and heard the testimony of Dr. Anita Hill during the confirmation hearings for Justice Clarence Thomas, serve on it today. Can you name the third without looking? Hint: he's not a Republican. Thomas was confirmed 52-48 by the Senate in October of that year, with the votes of 10 conservative Democrats.  Two Republicans, Bob Packwood of Oregon (LOL) and Jim Jeffords of Vermont, voted against Thomas. 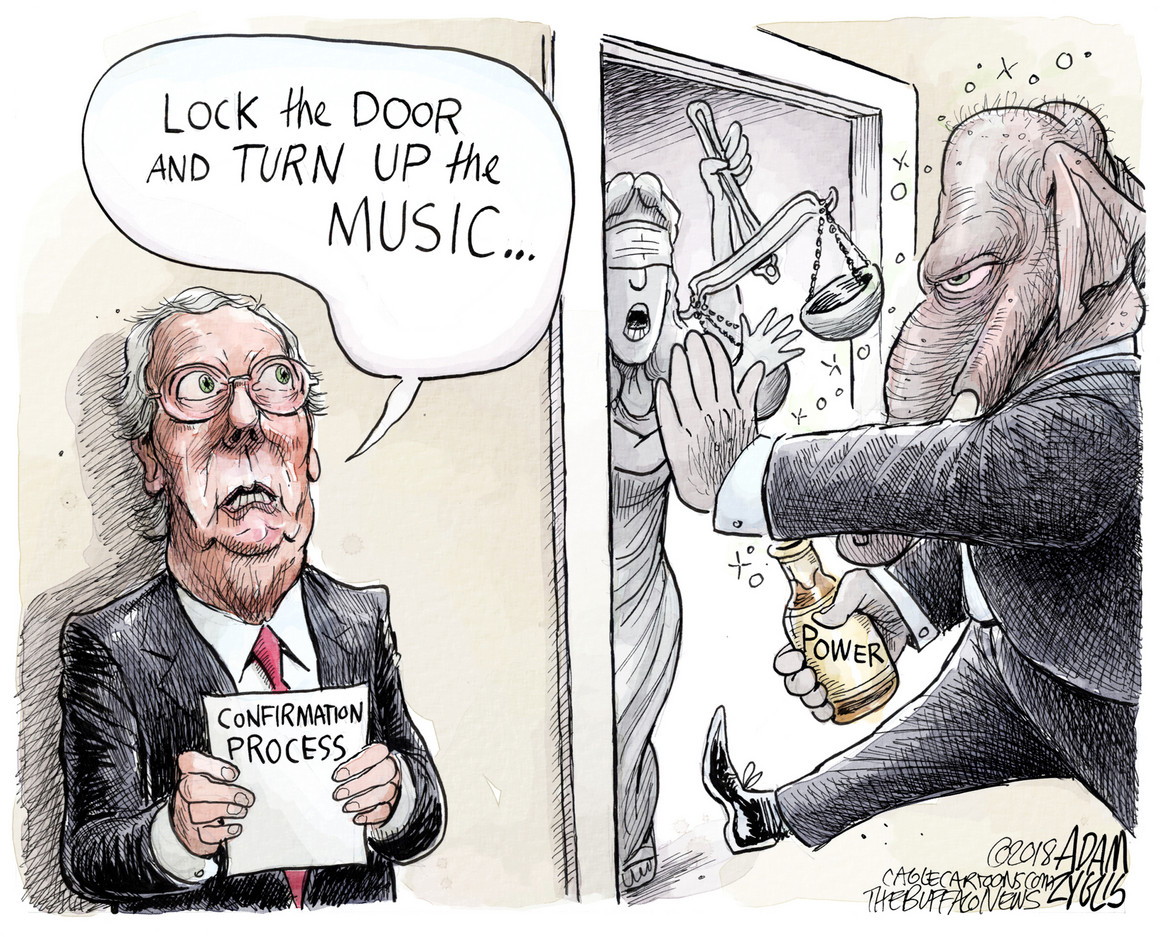 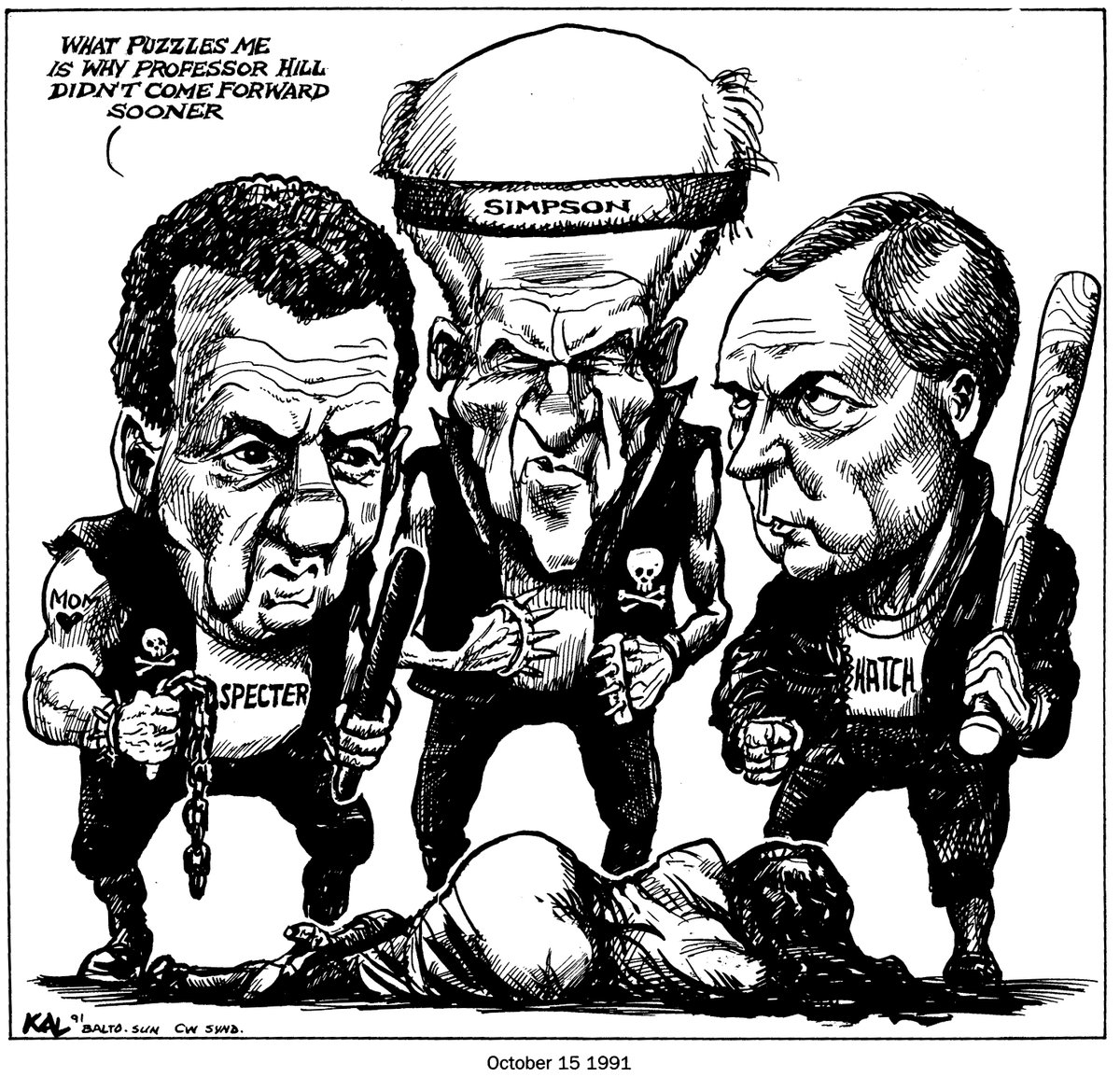 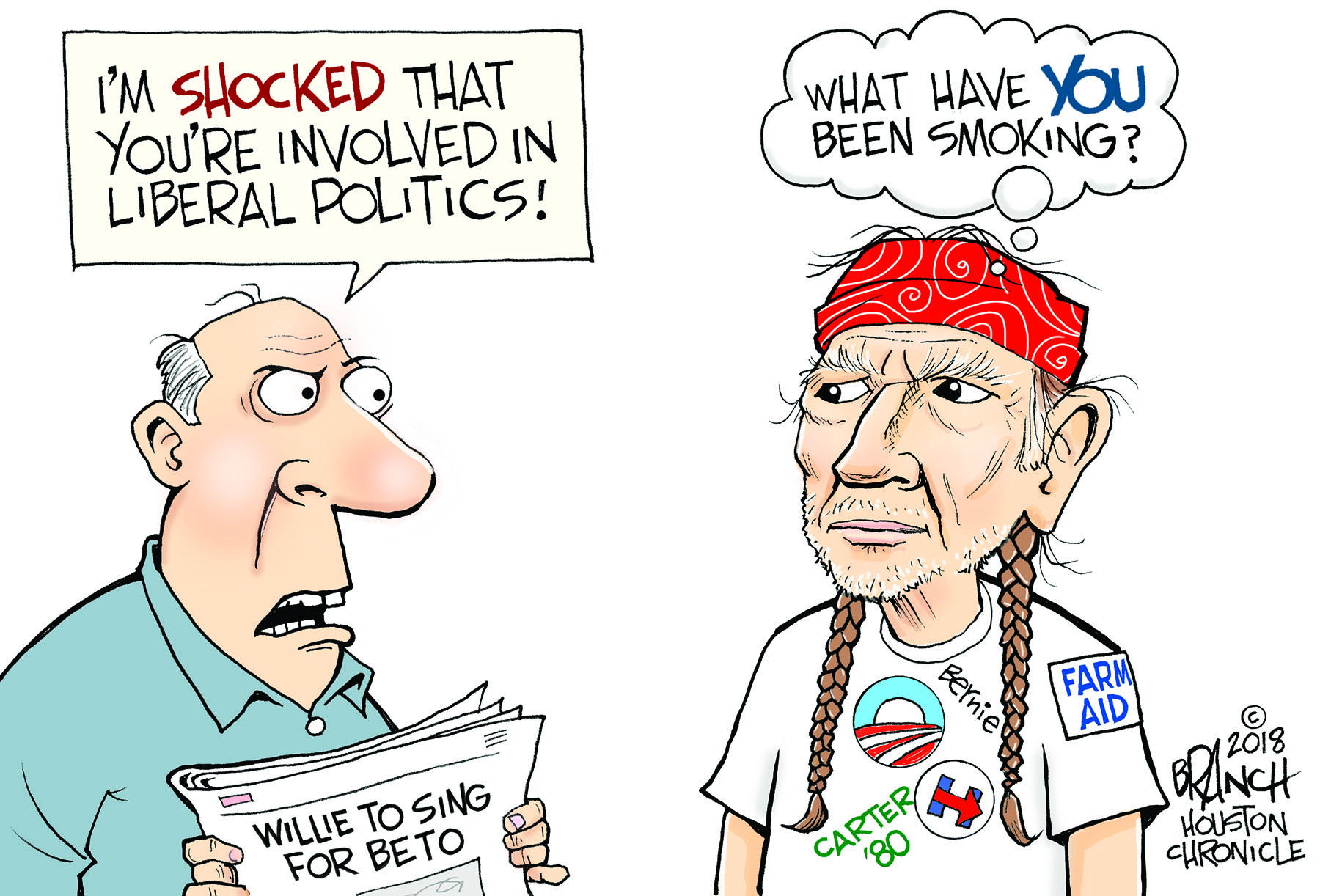 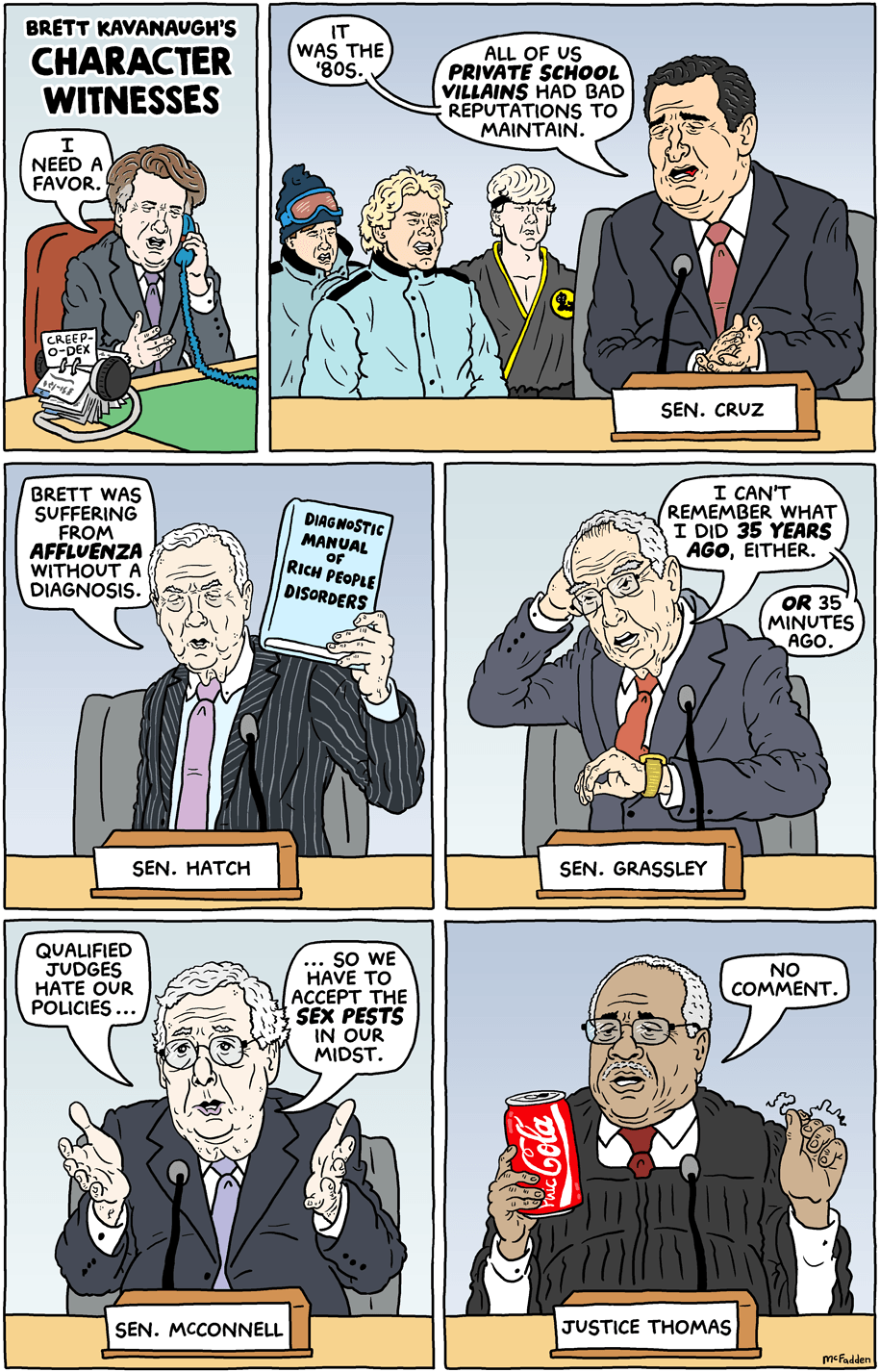