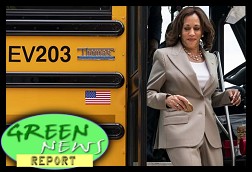 That "World Meterological Organizaiton" message that Desi pointed out engendered this response:

"The brutal truth is here for everyone to see," climate scientist Bill McGuire tweeted in response to the new figures. "Far from emissions being brought under control, they are actually accelerating. This is the worst possible news."

"You can say goodbye to 1.5°C and 2°C too," he added, referring to the Paris agreement's targets for avoiding projected worst-case climate scenarios.