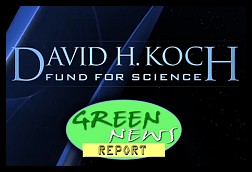 32 years of science being; “95%” certain is anything you want it mean but if it’s a good enough reason to issue CO2 death threats in the form of a CO2 climate crisis to billions of innocent children, you are no planet lover and just hate humanity itself.
*But its safe to say that you remaining "believers" didn't bother to find out what the consensus really was otherwise you wouldn't be telling our children to "believe" the science. Science does not have certainty of "belief", you do

you are no planet lover and just hate humanity itself.

That is just darling! Other than that, thanks for another incoherent, science-free screed! The Internet wouldn't be the same place without ya!

P.S. Hope someone's paying you well for all of this! Even if they're not really getting much for their money!

Hey, mememine69, have you tried sharing your incoherent rage with ExxonMobil? They seem to think you're wrong, too:

"The risk of climate change is clear and the risk warrants action," William Colton, Exxon Mobil's vice president of corporate strategic planning, said in a statement announcing the reports.

hey, just catching up on the week. happy friday...http://en.wikipedia.org/wiki/The_Urantia_Book#Symbols...maybe some fools should open their eyes to what exists beyond themselves so the rest of us can clean up this mess.

Some evangelicals are waking up to the reality of climate change:


"Climate change is a really bad reason to get divorced."

Katharine Hayhoe, a leading climate scientist, recalled the trial she and her husband Andrew, an evangelical Christian pastor, faced when they discovered they weren't on the same page about global warming.

After a number of intense discussions, mediated by shared values and beliefs, their marriage persevered. Andrew accepted the overwhelming scientific evidence, and they even went on to co-write a book for Christians on climate change.

Well, no, actually. "95% certain" or a confidence level of 95% is a statistical gold standard. It generally means that a set of data indicates something real, with only a 5% probability that what the data shows can be attributed to chance and not an actual trend.

Sorry, this "95%" number was not concocted by evil climate scientists trying to put one over on the public.

Say WHAT? Never heard of them. Unless you mean some mafia-type threat whereby someone would be locked in a car with a container of dry ice...?