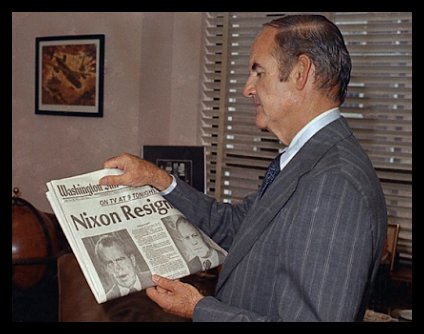 Few people remember George McGovern's 1984 run for president. I had the sad privilege of being present for his withdrawal from the race when he lost the Massachusetts primary. He was a great man. How South Dakota has changed from the place that elected him to the Senate.

We need a lot of McGovern type leaders at this moment in time.

"How different our circumstances might be today if America had appreciated the wisdom of this great man of peace back then."

Indeed, he was one of those rare folk who understood where Highway 61 ended up.

When George McGovern got buried by Tricky Dick I was depressed for weeks and a grumpy SOB to all - and down right hostile toward Republicans.
McGovern wrote the definitive book about the worse episode in my family's history in American -the Southern Colorado Coalfield War of 1914. The book, The Great Coalfield War , was an expansion of his Doctorate dissertation. As my family was and is a liberal progressive, strong union, anti-war mob, George McGovern was a saint.