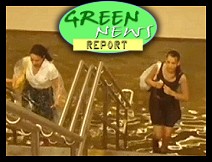 IN TODAY'S RADIO REPORT: Hot town, summer in the city --- and in the country, and in the mountains, and on the farms, and in the desert; GOP goes to bat for Monsanto; FDA bans BPA - sort of; Greenland calves new iceberg; PLUS: Australia's new carbon tax FAILS... to cause economic catastrophe ... All that and more in today's Green News Report!

« PREVIOUS STORY "EXCLUSIVE: My KPFK/Pacifica Interview With Disgraced GOP Uber-Lobbyist Jack Abramoff on the 'Morality' of His Crimes, the Marianas, Rep. Tom Feeney, and His Attempts at Lobbying Reform"
» Go to The BRAD BLOG front page «
"Please Support The BRAD BLOG in This Election Year (Or Just For My Birthday!)" NEXT STORY »

HAPPY BIRTHDAY BRAD! Thank you for your outstanding life work AND I hope you are properly compensated someday for your important efforts.

McKibben has a shocking piece in Rolling Stone:


"The numbers are simply staggering – this industry, and this industry alone, holds the power to change the physics and chemistry of our planet, and they're planning to use it.

They're clearly cognizant of global warming – they employ some of the world's best scientists, after all, and they're bidding on all those oil leases made possible by the staggering melt of Arctic ice. And yet they relentlessly search for more hydrocarbons – in early March, Exxon CEO Rex Tillerson told Wall Street analysts that the company plans to spend $37 billion a year through 2016 (about $100 million a day) searching for yet more oil and gas."

(Global Warming's Terrifying New Math). The enemy has been known for some time, but now we have a plan.

Thanks, GrizzlyBear! For the BDay wishes, and for your years of support here at TBB!

« PREVIOUS STORY "EXCLUSIVE: My KPFK/Pacifica Interview With Disgraced GOP Uber-Lobbyist Jack Abramoff on the 'Morality' of His Crimes, the Marianas, Rep. Tom Feeney, and His Attempts at Lobbying Reform"
» Go to The BRAD BLOG front page «
"Please Support The BRAD BLOG in This Election Year (Or Just For My Birthday!)" NEXT STORY »
See MSVL and support BRAD BLOG! Click here for signed premium version!