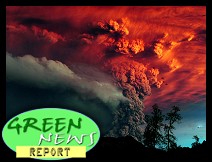 The Department was forced to issue a supplemental review of the 700,000 barrels per day pipeline in April after the Environmental Protection Agency complained an initial report did not adequately assess risks to water tables, output of greenhouse gases from production of oil sands petroleum, and alternative routes.

« PREVIOUS STORY "5 U.S. Troops Killed in Iraq Today, But Who Cares?"
» Go to The BRAD BLOG front page «
"On 10th Anniversary of Bush Tax Cuts, What We Could Have Had Instead" NEXT STORY »

« PREVIOUS STORY "5 U.S. Troops Killed in Iraq Today, But Who Cares?"
» Go to The BRAD BLOG front page «
"On 10th Anniversary of Bush Tax Cuts, What We Could Have Had Instead" NEXT STORY »
See MSVL and support BRAD BLOG! Click here for signed premium version!