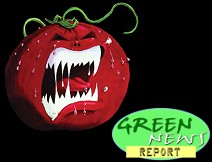 IN TODAY'S AUDIO REPORT: Another win for coal companies; Of green roofs & red tomatoes ... PLUS: Town Hall Follies, now with Clean Coal!... All that and more in today's Green News Report!

Great story about the Green Roof