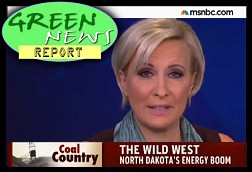 Another way to look at the E.ON announcement to spin off their nuclear, coal and gas based energy production is that they are getting rid of their high risk assets to avoid having the profitable side of the business liable for the costs of disassembling nuclear power plants, storage of spent nuclear fuel (far from a settled matter in germany, the final costs of which are basically impossible to predict) and, of course, the consequences of co2 emissions.

If/once the new company goes under, the german taxpayer will be left to foot the bill for decades of E.ONs irresponsible practices.

I haven't seen this point made anywhere in the english-speaking media, but in case anyone over there reads german, here you go:

Hiding the real costs of fossil fuel is masterfully done in the U.S.A.

The populace does not seem to know that the costs of the oil wars are not reflected in the price at the gas pump.

Those costs are socialized to the citizenry even as the government partners with Oil-Qaeda to propagandize against evil socialism.

To top it off, Oil-Qaeda is now financing a campaign to blame the public for what Oil-Qaeda itself has done (Choose Your Trances Carefully - 2).

spoekenkieker, it may be that E.on has hit upon a novel trick to get out of paying for its nuclear decommissioning costs. I have seen some commentary from EU journalists & analysts on Twitter whether the new announcement is really just a clever strategy. But those people seemed to indicate that E.on's responsibilities can't be so easily abandoned, and that there will be considerable scrutiny on their next moves for that reason.

The costs of nuclear plant decommissioning and whether laws are strong enough to ensure the owners of such plants have set aside sufficient funds as required is an ongoing, contentious issue everywhere, not least in the EU.