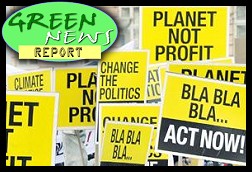 “The greatness of a nation and its moral progress can be judged by the way its animals are treated.” - Mahatma Gandhi

"This latest edition of the Living Planet Report is not for the faint-hearted. One key point that jumps out and captures the overall picture is that the Living Planet Index (LPI), which measures more than 10,000 representative populations of mammals, birds, reptiles, amphibians and fish, has declined by 52 per cent since 1970. Put another way, in less than two human generations, population sizes of vertebrate species have dropped by half. These are the living forms that constitute the fabric of the ecosystems which sustain life on Earth – and the barometer of what we are doing to our own planet, our only home. We ignore their decline at our peril."

Good post, Dredd. There was a flicker of light amid the darkness --- wildlife preserves and refuges do seem to be stemming the decline somewhat, and aggressive fisheries management is succeeding in bringing back some populations from the brink. It can work, when we bother to try.