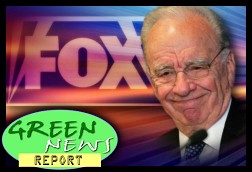 rupert murdock is a fucking lost soul with out a conscience. People are more important than him. I bet he's into fracking.

And that would be fucking up ours NOW, TOO. Stop these bastards.

"In other words, a society does not ever die 'from natural causes', but always dies from suicide or murder --- and nearly always from the former, as this chapter has shown." - A Study of History, by Arnold J. Toynbee

The current march to suicide by our society is the only one that has the capacity to bring human extinction.

Previous civilizations, cultures, societies, empires, and nations that committed suicide did not have the means we now have.