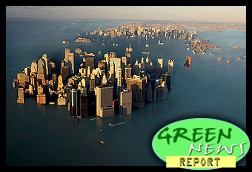 IN TODAY'S RADIO REPORT: 2012 set to be one of the hottest years on record; Sea levels rising faster than predicted; Plankton is in trouble; Does air pollution raise the risk of autism?; PLUS: EPA knocks BP out of federal contracting ... All that and more in today's Green News Report!

IN 'GREEN NEWS EXTRA' (see links below): Superstorm Sandy to cost $79 Billion; Rising seas to swallow NYC without action; L.A. inks solar deal with Moapa Tribe; 'Buyer beware' on San Diego's desalination plant; How to destroy the planet from the comfort of home; DOE's 'Road to Fuel Effienciency'; Ex-coal executive charged in mine disaster; Jordan fights water shortages ... PLUS: Meet The Climate Denial Machine ... and much, MUCH more! ...

California may suffer the next major catastrophe if this article is prescient:


Atmospheric rivers are long streams of water vapor that form at about one mile up in the atmosphere. They are only 250 miles across but extend for thousands of miles—sometimes across an entire ocean basin such as the Pacific. These conveyor belts of vapor carry as much water as 10 to 15 Mississippi Rivers from the tropics and across the middle latitudes. When one reaches the U.S. West Coast and hits inland mountain ranges, such as the Sierra Nevada, it is forced up, cools off and condenses into vast quantities of precipitation.

(Scientific American). That could bankrupt California, the 5th largest economy on Earth, and ruin the place where much food grows:

Virtually all non-tropical crops are grown in the Central Valley, which is the primary source for a number of food products throughout the United States, including tomatoes, almonds, grapes, cotton, apricots, and asparagus.

There are 6,000 almond growers that produce more than 600 million pounds a year, about 70 percent of the world's supply.

(Wikipedia). That is valuable territory.

"We must now wake up to consider that weather weapons are being used as global extortion to convince populations they must pay a carbon tax to keep the climate under control."

Neither the media (hello BRADBLOG.COM) or climate scientists asked if the military’s program could be contributing to climate change – even while public domain documents confirmed that “owning the weather” is a well documented military objective.

Now your blind faith, is coming home to roost, RIGHT ON YOUR FRONT PAGE.

I TOLD YOU SO!! You shunned me. Called me a DENIER even though I SAID the shit was happening all along. did you just ignore the part where I AGREED climate change is happening? Now you have a green movement enemy for LIFE.

My opinion about bradblog is, that every green-washed article is another nail in your FAKE ASS journalism coffin. Want to change this?
Do like Luke and Tim. That's the real journalism, there's a PAIR of journalists for you to aspire to. GO out and get the truth. Quit spreading these fucking UN IPCC lies.

ps: the only reason to go green now, is so you still have electricity after the collapse