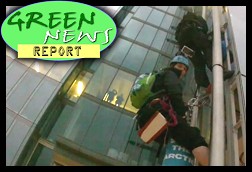 Not enough to worry about in today's GNR? Need more fission in your news?... Here comes the Floating Nuclear Power Plants!

But don't worry! We are being firmly assured that nothing could possibly go wrong...

Nothing to see or worry about, move along folks.