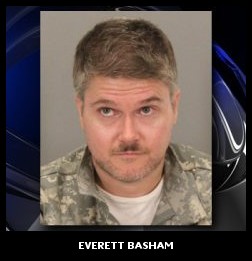 One wonders whether the synapses simply fail to connect in the minds of zealots.

First we get a zealot like Scott Roeder who was so consumed with the "right to life" that he murdered Dr. George Tiller.

Then there’s the more recent case of the infamous ex-LAPD officer Christopher Dorner, who told his captive, Jim Reynolds, that he had gone on his murderous rampage because he wanted to clear his name.

Now comes the case of 45-year old Everett Basham, who was so upset with the injustice of new gun safety legislation that he allegedly sent an email to California State Senator Leland Yee (D) threatening to kill him unless Yee "stopped pushing legislation to ban so-called 'bullet buttons,' devices that permit swift reloading of military-style assault weapons by allowing for rapid exchange of ammunition magazines."

"The author of the email specifically stated that if I did not cease our legislative efforts to stop gun violence that he would assassinate me in or around the Capitol," Yee said in a statement last week. "He stated that he was a trained sniper and his email detailed certain weapons he possessed."

Then, again, perhaps Basham, the alleged author of the email, will claim that he was simply following the advice of James Yeager, the CEO of Tactical Response, a Tennessee company that specializes in weapons and tactical training. Yeager posted a video on YouTube in January in which he threatened to "start killing people" if President Obama continued to advance a gun safety agenda.

Prosecutors in Santa Clara County have charged Basham with ten felonies, including illegal possession of assault weapons, illegal possession of a destructive device and bomb making materials, criminal threats and the forging and possession of a fake driver's license. There's been no indication, as yet, that Tennessee authorities have undertaken to charge Yeager in connection with his terrorist threat, though his concealed carry permit was quickly suspended following his video-taped threat.

« PREVIOUS STORY "'We Did Participate in a Hoax': New Documentary Offers New Revelations About the Bush Admin's Phony Case for the Iraq War Scam"
» Go to The BRAD BLOG front page «
"Oregon Man Convicted of Fraud After Offering $20 for Blank Vote-by-Mail Ballots" NEXT STORY »

In my experience, engineers who worked the better part of two decades at HP, pre-Carly, are placid herbivores, although they may lack social skills. Not budding terrorists. I'd like to see how the CHP connected the email to him.