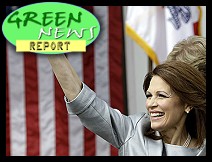 
Time after time, officials at the U.S. Nuclear Regulatory Commission have decided that original regulations were too strict, arguing that safety margins could be eased without peril, according to records and interviews.
...
Failed cables. Busted seals. Broken nozzles, clogged screens, cracked concrete, dented containers, corroded metals and rusty underground pipes - all of these and thousands of other problems linked to aging were uncovered in the AP's yearlong investigation. And all of them could escalate dangers in the event of an accident.

It's beginning to look like "the environment" is about to make all our other problems look tame in comparison: rickety, old nuclear power plants, nuclear power plant radioative waste just sitting in plants with no good place to put it; the Japan nuclear crisis overall & the effect on the oceans and Earth's ecosystem; Southern and Midwestern power plants being negatively affected by tornadoes and floods, Western plants possibly being affected by earthquakes, the global warming crisis and the political fingers-in-the-ears response; landfill and waste overload problems; ridiculous mountaintop removal mining in the Appalachian chain, ocean species dying off at an alarming rate. Where is the political leadership? Who will make the environment the number 1 priority? What environmentally-oriented Democratic Party politician will have the courage to run against Obama in the primary? How about Al Gore (although, he's far from ideal)?

does make you wonder where all this is leading to...

Agreed. Which is, of course, why we have, over the last couple of years, tried to shine a very specific spotlight on those very issues.

It is, it seems, the least we can do here.

>does make you wonder where all this is leading to...

Yes, indeed it does, blackberry white.

Democracy in Election Process @#1.... to be honest, no US politician today appears to be interested in truly confronting these long term issues. Some of the more informed pols tinker around the edges, but perhaps the enormity of the challenge is too great to stomach. Or maybe it's too scary to upset the status quo and risk getting voted out of office (and risk getting replaced by some under-educated, selfish, self-serving, greedy, science- and data-denying ideologue who thinks this handbasket isn't moving fast enough).

People & politics only seem to lurch toward change after a disaster --- and then they over-react and over-correct, and become much more vulnerable to opportunists selling snake-oil. Hopefully this pattern of human nature will somehow be mitigated before drastic measures and the s**t really hit the fan.

Keep making noise. Keep spreading the word. Always take the opportunity to inform and educate. Deep change happens one person at a time.

Santorum: ‘There’s No Such Thing As Global Warming’

NASA is propagating a hoax then:


Scientists have high confidence that global temperatures will continue to rise for decades to come, largely due to greenhouse gasses produced by human activities. The Intergovernmental Panel on Climate Change (IPCC), which includes more than 1,300 scientists from the United States and other countries, forecasts a temperature rise of 2.5 to 10 degrees Fahrenheit over the next century.

Santorum has been nominated for the Baghdad Bob award.