As a side note, an emailer sent the following text of a sign seen at the massive recent D.C. protests:

"WOULD SOMEONE PLEASE GIVE HIM A BLOW JOB SO WE CAN HAVE HIM IMPEACHED."

( 30 so far... )
Article Categories: (Uncategorized)
Democrats Fight Back...Stand Up for America...And Against Treason!
Invoke a Rare Senate Rule to FORCE Investigation into Missing Investigation on Administration Misuse of Iraq Intel!
By Brad Friedman on 11/1/2005 4:12pm PT

What do you know? When Democrats step up and fight for what is right, they actually accomplish something! Who knew?

Little time to go into detail today, so I'll simply link to the NY Times report here, quote a quick passage, and let you know that I'll have more to say on all of these things before too long. As always.

Democrats invoked a rarely used rule today that sent the Senate into a two-hour closed session, infuriating Republicans but producing an agreement for a bipartisan look at whether the Republican leadership was dragging its feet on a promised inquiry into the Bush administration's use of prewar intelligence on Iraq.

The Senate minority leader, Harry Reid, Democrat of Nevada, caught Republicans by surprise when, with only minutes' warning, he invoked Rule 21 - a move that Republicans said had not been taken in more than 20 years.

After the session, the Senate majority leader, Bill Frist, Republican of Tennessee, emerged to announce that he and Mr. Reid would each appoint three senators to investigate the Senate Intelligence Committee's schedule for completing its investigation. The panel is to report back by Nov. 14. It was not immediately clear what use would be made of the report.

UPDATE: Great breaking video on all of the above at Crooks & Liars.

It's been nearly a week and a half since the non-partisan Government Accountability Office (GAO) released its 107-page report [PDF] confirming what many of us have been reporting for what seems like forever: That electronic voting machines are not secure, are hackable, and employ secret software that is frequently neither certified nor adequately inspected.

The GAO report, which The BRAD BLOG broke on October 20th, confirms that "[C]oncerns about electronic voting machines have been realized and have caused problems with recent elections, resulting in the loss and miscount of votes."

Furthermore, it was released in tandem with a joint bi-partisan news release which lauded the report. The extremely rare joint news release was issued by six high-level U.S. Congressmen (three R's and three D's), all Committee chairmen and ranking minority members, including the Chair and ranking member of the U.S. House Judiciary Committee.

And yet, not a single wire service (AP, Reuters, UPI, AFP, et al) nor the NY Times nor the Washington Post has even run a single paragraph on the landmark GAO report or even the news release to our knowledge. Not one. Even though many of those same outlets reported on numerous occassions that the claims now confirmed as very real by the GAO were little more than "conspiracy theories" forwarded by "leftwing blogs" such as this one.

A few tech-related websites ran articles on the GAO report (ComputerWorld here, the UK's PC Advisor here, FCW here) as did The BRAD BLOG, of course, and several other sites that still give a damn about democracy in America (Free Press article here, Truthout article here to name a few). But that's largely it.

Congrats to Richard M. Cohen III and the University of N. Carolina's The Daily Tar Heel and Ian Hoffman of Inside Bay Area for virtually the only print newspaper coverage in all of America (at least that we were able to find).

CNN reported on the GAO report...on November, 24 2004 in an article headlined "GAO to investigate election complaints". That was, of course, back when the investigation was first announced. Now that the investigation is actually completed, apparently CNN has no interest in reporting the results discovered.

We'll have to assume that the lack of security and validity of millions of American votes, including votes both cast and lost in the last Presidential Election, are of little interest to the Mainstream Corporate Media. And that raises the question: Just what are they interested in and why? And what possible excuse could all of those mainstream media outlets have for not running even the tiniest notice of such an important report following a year long investigation which directly concerns the very future of American democracy?

At an emailer's suggestion, we've contacted the good folks at the excellent Editor & Publisher about this to see if they might be interested in looking into the matter and perhaps getting a few of the wire service folks and mainstream newspapers to go on record with an explanation as to why a landmark non-partisan government report, accompanied by an extremely rare joint press release concerning the most basic element of democracy --- the vote --- is not newsworthy in their minds.

We'd encourage you to do the same. Editor & Publisher welcomes your polite and encourging email at Letters@EditorAndPublisher.com. 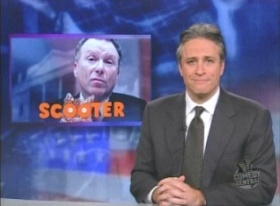