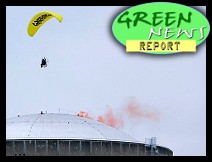 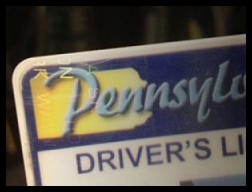 The complaint goes on to argue that "there are countless other Pennsylvanians like them [some 80-90,000 according to the state's own data], who will lose the most cherished of all rights, the right to vote, unless the Photo ID Law is declared unconstitutional."

There is now, indeed, a very good chance that the law will, in fact, be declared unconstitutional according to The BRAD BLOG's analysis of the complaint, the state constitution and prior rulings in similar cases.

PA is just the latest of more than a dozen states over the past year where Republican-controlled legislatures and executive mansions have instituted voter disenfranchising polling place Photo ID restrictions. Governor Tom Corbett signed his state's bill into law in March, and promptly lied about his reasons for supporting the removal of voting rights for those lacking Photo ID on Election Day, claiming, without evidence, that some precincts in the state had 112% voter turnout in recent elections. As we reported at the time, that charge was dismissed as "ludicrous" and without evidence by a longtime state election integrity expert.

Nonetheless, "Act 18" has become the law of the land in Pennsylvania, for now, and, unless successfully challenged, will require that voters present a state-issued Photo ID when voting at the polling place in this year's November Presidential election for the very first time.

For the identical reasons that The BRAD BLOG accurately predicted that the League of Women Voters' legal challenge to a polling place Photo ID restriction law under similar provisions of the Wisconsin's Constitution would prevail (absent a political intervention from the Badger State's extraordinarily partisan Supreme Court), we also predict that new legal challenge filed this week in PA, attempting to block the state's draconian polling place Photo ID law, will similarly succeed...

Yesterday, a committee in the UK Parliament investigating the NewsCorp phone hacking and bribery scandal concluded that Rupert Murdoch was "not a fit person" to run a major international corporation.

On today's BradCast on KPFK/Pacifica Radio, Eric Boehlert of Media Matters joined me to discuss that remarkable news, his sobering column yesterday on "Murdoch's Nixonian Demise", what it all means for NewsCorp properties here in the U.S. (like Fox "News", the New York Post and the Wall Street Journal) and how the story is being covered by the media in this country both on the Right and non-Right.

As usual, we're also joined by Desi Doyen for some Green News Report and a few listener phone calls round out the hour.

Reminder: I don't post ALL of my KPFK shows here, but you can subscribe to the RSS feed to get 'em all, or stop by the KPFK BradCast archives anytime.

[Ed Note: The BRAD BLOG has been reporting on the remarkable story of Sibel Edmonds since the darkest days of 2005 and in nearly 100 articles since then. Once described by the ACLU as the "the most gagged person in the history of the United States of America", the Iranian-born former FBI translator fought to blow the whistle on traitorous deception and cover-up inside the FBI, blackmail inside the U.S. Congress and startling allegations of espionage and nuclear secrets sold to U.S. enemies on the foreign black market by some of our nation's highest ranking officials.

In 2007, after the Supreme Court had refused to hear her case thanks to the Bush Administration's persistent use of the so-called "State Secrets Privilege," legendary "Pentagon Papers" whistleblower Daniel Ellsberg told The BRAD BLOG her allegations were "far more explosive than the Pentagon Papers" on the heels of her exclusive announcement on these pages that she would break her gag order to tell all to any major U.S. media outlet who would allow her a platform to do so.

Even though CBS' 60 Minutes had covered her story in 2002 when she was not allowed to speak, they showed no interest once she promised to do so anyway, leading Ellsberg to guest blog here decrying the American media as "complicit in cover-up". It took the UK's Sunday Times (a Rupert Murdoch property!) to finally break some of her most explosive allegations publicly in 2008, which outed CIA operative Valerie Plame Wilson would describe as "stunning".

Finally, her 3-hour long video-taped deposition, in answer to a subpoena in someone else's lawsuit in the summer of 2009, once Obama had come to power and declined to re-invoke the "State Secrets Privilege" against her, allowed the full story to begin to come out.

Now, after waiting more than 340 days for the FBI's pre-clearance review of her memoir --- they are supposed to do so within 30 days --- Edmonds has decided to release her own story, in full, without their prior approval or redactions. We've now got our own copy of her new book, Classified Woman: The Sibel Edmonds Story, but our colleague, author and activist David Swanson has happily beaten us to reading it in full and has generously offered us his own review which follows below. - BF]

Sibel Edmonds' new book, Classified Woman, is like an FBI file on the FBI, only without the incompetence.

The experiences she recounts resemble K.'s trip to the castle, as told by Franz Kafka, only without the pleasantness and humanity.

I've read a million reviews of nonfiction books about our government that referred to them as "page-turners" and "gripping dramas," but I had never read a book that actually fit that description until now...

The experience left him understanding, as he writes in a statement given today to the progressive Alaska blog The Mudflats, that "the integrity of elections is one of the bedrocks of our nation" and "a non-partisan issue, critical to the survival of our Republic."

We've been in touch with Miller ourselves, both during his own election contest, offering advice on how his campaign might achieve oversight of the results that were tallied only by Diebold optical-scan computers (either accurately or inaccurately, who knows?), and at various times in the months that followed. Last September, Miller linked from his own website, to our exclusive on the findings by Argonne National Laboratory that Diebold systems can by hacked by remote control with little more than an 8th grade computer science education and about $10 to $25 in electronic parts.

Now the frequently far Right politician is ringing in on the recent election disaster in Anchorage, which we detailed here last month, after a ballot proposition to extend anti-discrimination measures to the LGBT community was set to win by big margins according to a conservative pollster [PDF] just before the election, but ended up "losing", according to the Diebold op-scan systems, by an even greater margin for reasons which still remain a mystery... 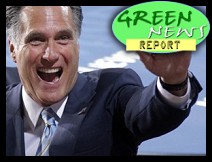