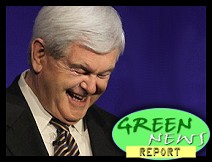 
REDD+ has been touted as a global scheme to conserve forests, enhance carbon stocks and support sustainable forest management.

Why don't deniers call the Texas drought the "droughtpocalypse" ?

Or the tornadoes that wiped out unimaginable places the "windpocalypse", or the Irene floods that flooded the N. East the "rainpocalypse"???

Because they know inside their heads that their denial is misplaced and that extreme climate change is already here, costly, and hurting.