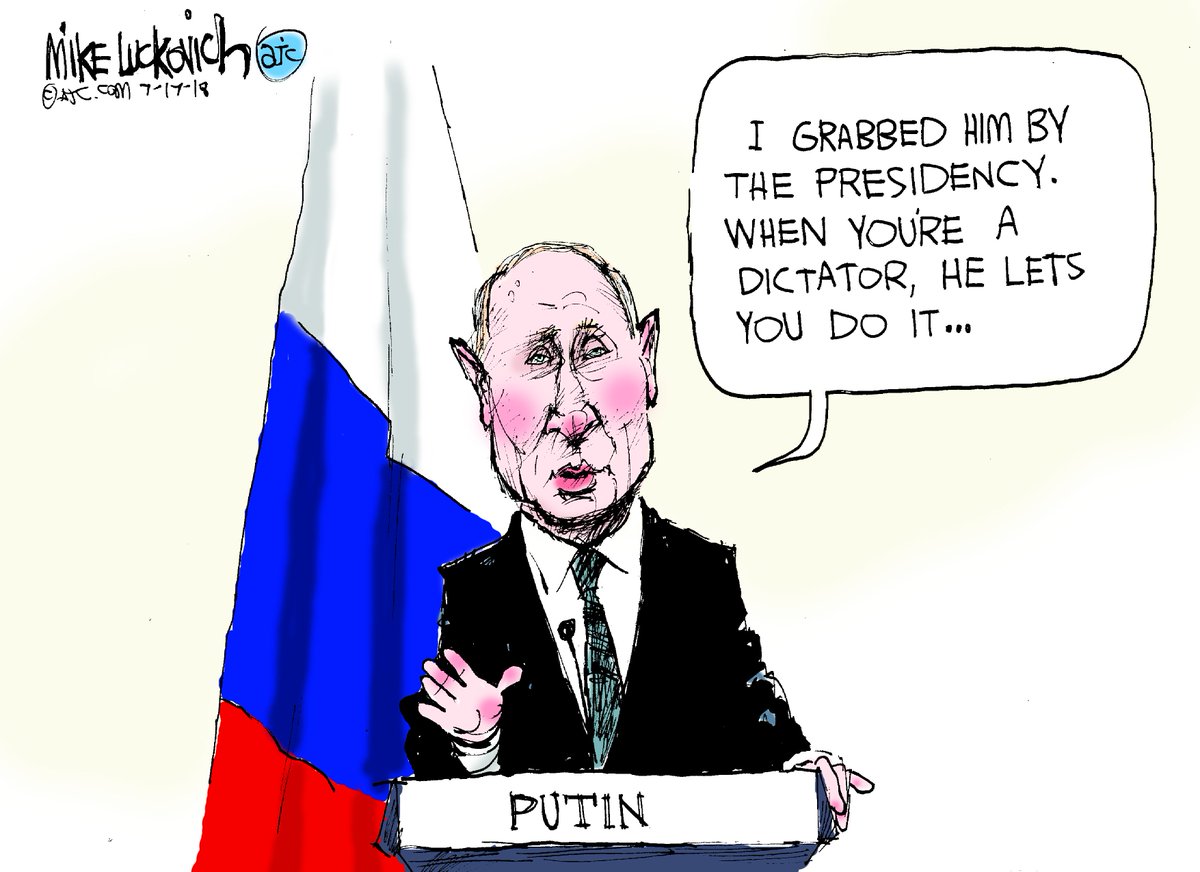 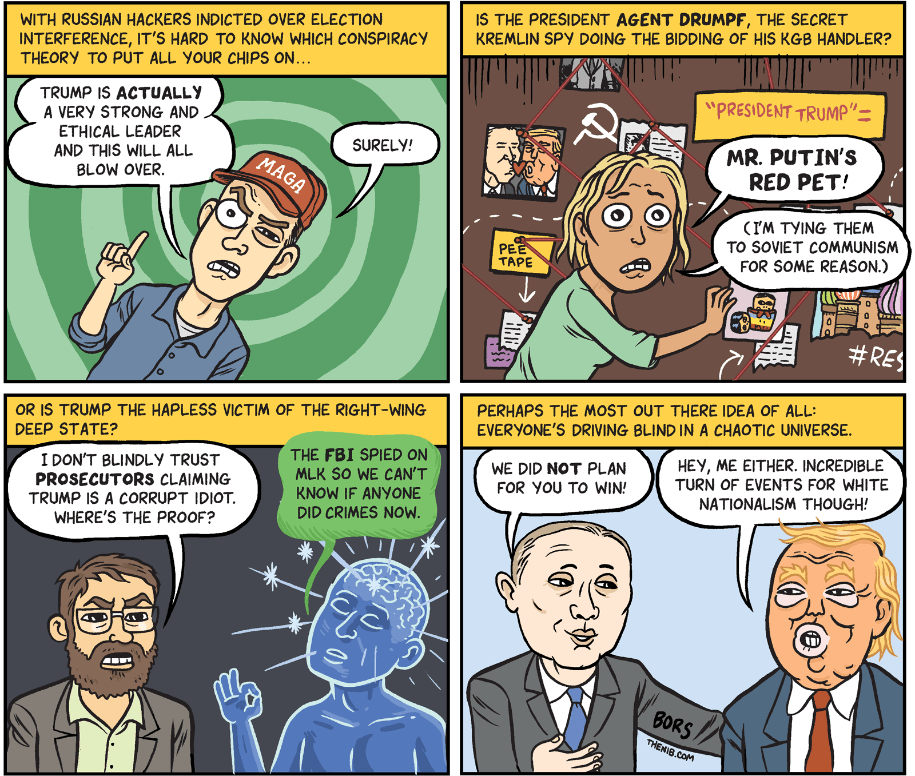 Eight minutes of mashed-up favorites going back to the Forties, with narration by a "monotonous, God complex, Bond villain, psychotic".

Query: do you know that the "Dems Did It Too!" meme in

And the point behind the Soviet hammer and sickle flag isn't about "communism."

It's about the authoritarian empire
the Soviet Union represented at the
height of its power.

The empire Putin is trying to restore.

The fact that the campaign also displaces the *actual* far left at the same time is just a bonus for the Dems.

The last cartoon has a huge flaw in it. People are NOT going to destroy the society which oppresses them. Mass movements which have some success end up causing a totalitarian response throughout history.

Kurt Vonnegut explored this in his Player Piano, where the last person with a job led a revolt which destroyed their mechanized society. Once this effort was completed, those who brought it down were presented as attempting to put it back together again.

It was all they knew, and they needed to make their lives meaningful rather than become something else once the opportunity arose.

They're cartoons. Lighten up.