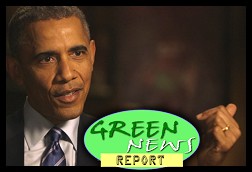 IN 'GREEN NEWS EXTRA' (see links below): California: $1B drought relief package just the beginning; US has grown a pipeline network by almost a quarter; Chemical lobbyist exposed as author of new bill to regulate industry; US and Chinese companies dominate list of most-polluting coal plants; Rate of climate change to soar by 2020... PLUS: A Texas city pulls plug on fossil fuels with shift to renewables... and much, MUCH more! ...

The Totten Glacier in Antarctica may become a household word.

It is preparing a 10 foot sea level rise.

All that remains to be seen is how long it will take.

Rancourt says everything that needs to be said:
http://activistteacher.b...rming-truth-or-dare.html

Dredd --- thanks, as always for pointing out that the planet continues to ignore politics. Trends in Antarctica are not encouraging.