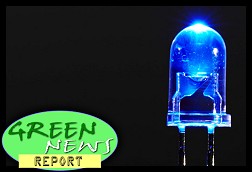 IN TODAY'S RADIO REPORT: How many scientists does it take to change a light bulb? Three, according to the Nobel Prize Committee; EPA regulations cut cancer risk from air pollution 65% in CA; L.A. builds an all-electric highway; PLUS: Good news for breathers: Supreme Court upholds (George W. Bush's) EPA ozone regulations ... All that and more in today's Green News Report!

IN 'GREEN NEWS EXTRA' (see links below): Miami Beach races to control flooding from King Tide; Oceans warming much faster than previously thought; Fracking: methane releases jump on public lands; US farmers sue Syngenta over GMO corn rejected by China; Canada launches world's first carbon capture plant; Why 12-ft traffic lanes are disastrous ... PLUS: Buzzfeed asks, "What If We Cared About The Environment Like We Care About Sports?" ... and much, MUCH more! ...

A paper published about three days ago is based on accurate new measurments of the southern hemisphere oceans:

It's worse than we thought. Scientists may have hugely underestimated the extent of global warming because temperature readings from southern hemisphere seas were inaccurate. (The world is warming faster than we thought)

We know that the planet is getting warmer—but it turns out that it's happening faster than we thought. Turns out scientists have been underestimating warming increases because of inaccurate temperature recordings taken in the southern oceans. (Earth Has Been Getting Warmer Way Faster Than We Thought)

The oceans are warming faster than previously thought, according to a pair of new studies released this weekend and published in the scientific journal Natural Climate Change. This conclusion is largely due to enhanced information gathering in the southern oceans, which was limited in the past. The research teams compared previous ocean warming figures, based on the less complete data, with projections based on information they were able to obtain from more detailed studies. They found that from 1970 through 2004, increases in ocean temperatures exceeded those earlier figures.(Scientists Discover World’s Oceans Warming Faster Than Predicted)

(The Phrase is Back: "Worse Than Previously Thought").

Potentially a much more important paper than the one noted @1:

This blog consistently promotes the idea that man made global warming will lead to an apocalypse.

If the technology described in the link is legitimate, which it seems to be, unless this is an incredibly elaborate scam, then this blog should be promoting awareness of this technology as well.

Every government in the world should fast track regulatory clearance so this can come to market as soon as possible.

This tech renders the debate on climate change largely moot, as it completely and utterly nullifies the economic arguments against tackling climate change without having to resort to academic studies to prove the point.

It also narrows down the solutions to a single technology that can eventually be distributed throughout the world in the residential, municipality, industrial, transportation and aviation, spaces.

Every little village with no power and no clean water can have it. Every nuclear power plant can be shut down for good (which is really what will cause a coming environmental apocalypse well before climate change will - since radiation truly does destroy most life irrevocably).

No new taxes, no carbon trading, no reason for any factory or power plant or shipping vessel to ever use a polluting source of energy again for all eternity. It also meets one of the fundamental preconditions necessary to colonize our immediate neighborhood in the solar system.

Further, it is not only a possible alternative to polluting energy sources, it is potentially WAY CHEAPER than any conventional source of energy could ever be, and doesn't require 0% interest loans (as is required to make fracking profitable) or the destruction of the biosphere to extract the fuel necessary to run it.

The "denialists" will have to agree to implement this because it makes economic sense, and it will usher in a worldwide economic boom the likes of which we have never seen.

If the climate change activists get behind this tech, I think the world can largely eliminate polluting energy sources within ten to fifteen years. (Obviously other uses of petroleum will continue to persist).

If the anti-war activists get behind this, they have the best stupid slogan EVER - "Don't drop bombs drop CATS bitchez!" But really, if every country had access to this tech, the strategic imperative to control oil and natural gas sources and to secure transportation lines for these resources pretty much disappears overnight.

It also makes it more feasible to deal with the consequences of runaway climate change, as communities affected can essentially relocate and have a stable, effectively limitless distributed supply of power.

The cancerous corruption fostered by the conventional energy conglomerates is nullified and everyone can hold hands and sing hippie songs together and just fucking enjoy life knowing there is a small chance that the future might be better than the present.

As always, if the experiment is broadly, independently replicated and confirmed in peer-reviewed literature, we will report on it.

You are mistaken in your statement, "This blog consistently promotes the idea that man made global warming will lead to an apocalypse."

We report on the conclusions of peer-reviewed scientific studies and academic analyses, including the projections and uncertainties within the credentialed scientific community of the different impacts global warming may have on the different geophysical systems on which human society relies. That's not apocalyptic, it's just science.

Great! Thank you very much.

Quick follow up. This is a decent summary to give everyone an idea of the general quality and implications of this latest test.

Unfortunately, with all of the corruption fostered by energy and banking conglomerates, there is going to be A LOT of obfuscation and censorship if this tech is legit. There will be ridicule, charges of fraud and manipulation etc. This will make it difficult to get these findings peer reviewed. After all, this is an "impossible" invention. On the other hand, maybe a courageous journal will actually publish the recent report. We shall see.

The point is to go in with an open mind and get people thinking about the implications of this tech. The report I linked to above is pretty conclusive in its experimental results (but only speculates on the physics of what is happening). Unless all or some of the testers were hoodwinked or corrupt themselves, of course.

And if this is real, then perhaps the validation will happen in the marketplace, well before it happens by acceptance of the scientific establishment.

'I was impressed with the work that was done to insure the measurements claiming a 3.2 to 3.6 COP were accurate. Aside from the fact that this could not have been produced from any known chemical reaction, the most significant finding to me is the evidence of isotopic shifts in lithium and nickel. Understanding this could possibly be the beginning of a whole new era in both material transmutations and energy for the planet and for space exploration. This is an exciting time to live in and this is an exciting technology to witness come about.'”

Technology is the tool of the Oil-Qaeda tools.

Thus, Civilization is on Suicide Watch ... does that leave you out?.