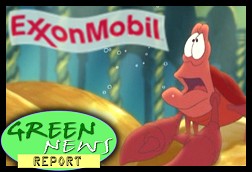 IN 'GREEN NEWS EXTRA' (see links below): Koch Brothers are the largest land holders in Canada’s tar sands; Energy industry chronically overestimates cost of pollution regulations; How NASA thinks society will collapse; World's oldest CO2 measurement threatened by budget cuts; White House launches climate science website; Pet coke company fined for "inexcusable conduct"; House to vote on 'No More National Parks'; Will Ferrel insults Robert Redford to save a river ... PLUS: Climate Scientists: We’re Alarmed. Here’s Why You Should Be, Too. ... and much, MUCH more! ...