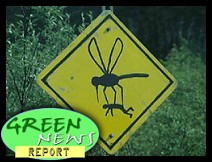 IN TODAY'S RADIO REPORT: Deadly floods in China, drought in Europe - global food prices rise as extreme weather hammers crops across the planet; Germany warns time is running out to cut emissions; EPA to pull back on new mercury pollution standards?; PLUS: Mutants in Florida: pushing back against the Franken-skeeter! ... All that and more in today's Green News Report!

The icecap in Greenland revealed an unusual acceleration of surface melting recently.

It really surprised the scientists.

Other affects of global warming could lead to power plant shutdowns and oil production as water becomes more scarce.

Eventually these problems in combo could contribute to pandemics.

The "fossil fuel infrastructure" which is causing global warming induced climate change is beginning to have an affect on the entire national infrastructure:


“We’ve got the ‘storm of the century’ every year now,” said Bill Gausman, a senior vice president and a 38-year veteran at the Potomac Electric Power Company, which took eight days to recover from the June 29 “derecho” storm that raced from the Midwest to the Eastern Seaboard and knocked out power for 4.3 million people in 10 states and the District of Columbia.

In general, nobody in charge of anything made of steel and concrete can plan based on past trends, said Vicki Arroyo, who heads the Georgetown Climate Center at Georgetown University Law Center in Washington, a clearinghouse on climate-change adaptation strategies.

Highways, Mr. Scullion noted, are designed for the local climate, taking into account things like temperature and rainfall. “When you get outside of those things, man, all bets are off.” As weather patterns shift, he said, “we could have some very dramatic failures of highway systems.”

(NY Times). We are in a time that should be producing a plethora of jobs whereby we change our entire infrastructures, beginning with fossil fuel and transportation.

The 1% plutocrats who brought this on us through greed and lack of foresight, control the money necessary to bring us back to reality. But they won't spend it because they have made themselves "uncertain."

I'd add that going forward, the 1% plutocrats can no longer rely on excuses like 'lack of foresight' or 'uncertainty' --- EVERYONE is aware of the undeniable trends in the scientific data that are clear and unequivocal, even the partisan ideologues on Fox News, whether they admit it or not. The only reason they are holding us back now is greed.