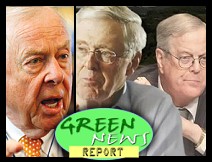 
I’ve kept to domestic issues, but there are two dangerous developments in the international arena, which are a kind of shadow that hangs over everything we’ve discussed. There are, for the first time in human history, real threats to the decent survival of the species.

One has been hanging around since 1945. It’s kind of a miracle that we’ve escaped it. That’s the threat of nuclear war and nuclear weapons. Though it isn’t being much discussed, that threat is, in fact, being escalated by the policies of this administration and its allies. And something has to be done about that or we’re in real trouble.

The other, of course, is environmental catastrophe. Practically every country in the world is taking at least halting steps towards trying to do something about it. The United States is also taking steps, mainly to accelerate the threat. It is the only major country that is not only not doing something constructive to protect the environment, it’s not even climbing on the train. In some ways, it’s pulling it backwards.

And this is connected to a huge propaganda system, proudly and openly declared by the business world, to try to convince people that climate change is just a liberal hoax. “Why pay attention to these scientists?”

We’re really regressing back to the dark ages. It’s not a joke. And if that’s happening in the most powerful, richest country in history, then this catastrophe isn’t going to be averted --- and in a generation or two, everything else we’re talking about won’t matter. Something has to be done about it very soon in a dedicated, sustained way.

(Later Than We Think?). No joke indeed.

Yes AND no. Scytl does not "count" any votes at all for U.S. elections, even though wingnuts on the Right have been repeating that over and over ever since Michael Savage told them as much (and that it was an Obama operation too!)

That said, here's our coverage of the Scytle SEO purchase and what it actually may mean for U.S. elections this November:
https://bradblog.com/?p=9067

I read the article and the sourced article. They say that the experiments are broken!

"This suggests we need to reassess how we design and use results from these experiments."

"In addition to quantifying how a broad collection of plant species have responded to date to rising temperatures, the study suggests that the way warming experiments are conducted needs to be re-evaluated."

A model is an artifice that makes us think we know more about a problem then we really do.

Thanks for your comment, Davey Crocket @#5. But I'm not sure you heard what the researchers said.

First, their comprehensive study of the historical data (never done before) confirms that plants are flowering earlier than ever before. You may not find it scary, but to biologists and farmers, this has serious repercussions for the interconnected web of life and the food chain. Disrupting these cycles faster than plants can adapt has implications for the survival of many species, including our own.

The second component to the study --- that the empirical data shows the predictive experiments were too conservative at estimating the speed of the shift, and the total number of species affected --- also has serious implications. Not just for wild plants and the animals that depend on them, but for the crops that WE depend on, as well.

Models are not an artifice --- they are a tool. Not intended to BE the data, as you seem to indicate, but to illuminate future TRENDS in the data and potential outcomes, and as a diagnostic to compare past experiments with actual outcomes. Like all tools, these computer models are continuously adjusted and fine-tuned as new information is gathered. This is a good thing!

The study usefully reveals where the computer models are lacking in this case --- but note that the trend is in the same direction: ALL of the models were too conservative in predicting the speed of the impact of global warming. This is not a good thing.

The title and first paragraph of the article gives a false impression as to the actual results of the research.

Here is the title of the article you linked:

Do these two titles convey the same meaning?

Your comment: "The study usefully reveals where the computer models are lacking in this case --- but note that the trend is in the same direction" is inconsistent with the authors themselves say: "For species that were common to both study types, the experimental results did not match the observational data in sign or magnitude." The authors also conclude "Our results introduce uncertainty into ecosystem models that are informed solely by experiments and suggest that responses to climate change that are predicted using such models should be re-evaluated."

As it turned out their model is indeed an artifice. (No negative reflection on the researchers however...looks like quality work to me.) Not all models are such but all models should be tested with more than a tincture of skepticism.

Finally, nothing in my post dealt with implications or importance of crops and animals. Nor did it comment on global warming--true or not.