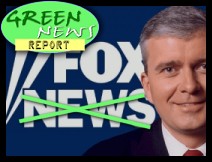 In 2006 an American hunter shot an animal in the far north of Canada’s Northwest Territories that shared characteristics of a polar bear and a grizzly. Earlier this year, a similar bear was killed less than 200 miles away, and DNA tests confirmed it was a mixture of the two species. The "grolar bear" thus joined a growing list of cross-species couplings --- beluga whales and narwhals, right whales and bowhead whales, various seal mixtures --- all confirmed to varying degrees by scientists in the Arctic over the past two decades.
...
"By melting the seasonal ice cap," Kelly says, "we’re speeding up evolution."