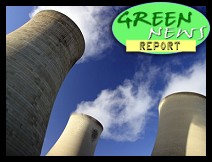 IN TODAY'S RADIO REPORT: Wacky weather Down Under; San Francisco's fog of change; Permafrost shifts North ... PLUS: GOP going socialist as Obama goes Nuclear (or Nookyular)? ... All that and more in today's Green News Report!