The BRAD BLOG Needs YOUR Support!...
All of work, including The BRAD BLOG, The BradCast and Green News
Report, is made possible only by contributions from readers and listeners!
Latest Featured Reports | Friday, September 30, 2022 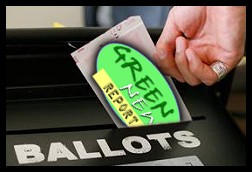 IN TODAY'S RADIO REPORT: Climate Change and Election 2014: High stakes on energy, the environment, and global warming ... All that and more in today's Green News Report!

I see you caught the Weather Channel co-founder denialist story.

Romney & Co. bought the Weather Channel and Weather Underground, so we may see an Agnotology surge in the context of mocking America.