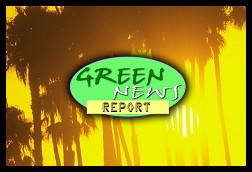 « PREVIOUS STORY "I'll be Appearing After 'Pay 2 Play' Wednesday Night in L.A. - Come and Say 'Hey'!"
» Go to The BRAD BLOG front page «
"Bobby Jindal on Climate Denial: 'I Know You Are, But What Am I?'" NEXT STORY »
See MSVL and support BRAD BLOG! Click here for signed premium version!