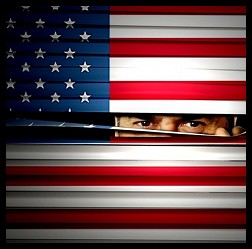 New revelations and global protests by ordinary citizens and world leaders --- including U.S. allies --- over NSA surveillance, have now settled into an almost daily affair.

In the meantime, during an interview on Democracy Now! this week, journalist Glenn Greenwald offered up an analysis that may help explain what he now describes as an "institutional obsession" with surveillance by the U.S. government.

"If you reveal to populations around the world that their calls are being spied on by the millions, they’ll first wonder, 'Why are my calls of interest to the U.S. government?'," Greenwald observes. "But when it becomes apparent that the United States government is doing this for economic advantage, they start to feel personally implicated, like they’re being actually robbed."

While readers would do well to watch the entirety of the interview (see video below), the analysis offered within by Greenwald is especially poignant because it ties the NSA’s massive surveillance state in many of these foreign countries, not to the prevention of terrorism, but to the seemingly insatiable quest on the part of the U.S.-based, corporate global empire to secure economic advantage...

Greenwald touched upon the subject in a previous article at the The Guardian in which he revealed that the U.S. had not only spied upon Brazilian President Dilma Rousseff, but that the NSA, under its "Blackpearl program", had targeted Brazil's state majority owned oil company, Petrobras, along with other "energy companies, financial programs and airlines". The targeting, he explained at the time, suggests the NSA has strayed "beyond its core mission of national security."

During this week's Democracy Now! interview, Greenwald went further. He noted that the U.S. spied "on the Brazilian Ministry of Mines and Energy in conjunction with the Canadian intelligence service, which just happens to oversee the industry in Brazil in which Canadian companies have the greatest interest." Greenwald, who lives in Brazil, where he has been reporting on a treasure trove of leaked documents by former NSA contractor Edward Snowden, cited "extreme levels of surveillance" directed at Central and Latin American economic conferences. He went on to accuse the U.S. government of the very same type of industrial espionage that it repeatedly lays at the doorstep of the Chinese government.

"People understand that the reason they’re spying on Petrobras or on the Ministry of Mines and Energy or economic conferences isn’t because they think there are terrorists or other bad people inside those institutions," Greenwald explained during the interview. "It’s because the United States government wants undue economic advantage --- exactly what they denied they do and what they claim only China does."

Greenwald is by no means alone in his assessment. Washington's Blog offers a compendium of articles that accuse the NSA of engaging in global industrial espionage, specifically citing cases in France, Mexico, Brazil and China. The compendium also links to an article that appeared in Der Spiegel, which reported that "Snowden's revelations...left German firms feeling acutely vulnerable to industrial espionage."

I'm sorry, but this isn't news. Our intelligence services were built by Wall Street lawyers. If anyone thinks that overthrowing governments hasn't been for financial gain they haven't been paying attention.

A document on the military NSA website points out that the military created the AFSA out of whole cloth in 1949, then renamed it NSA when some trouble broke out a few years later:

As Ernie points out in this post, much of their spying is geared to securing resources in the resource wars that were made certain circa 1912 (The Universal Smedley - 2).

The quality of military leadership of the NSA was put in place by the military via DODD 5100.20:

A. ...the National Security Agency is a separately organized agency within the Department of Defense under the direction, supervision, funding, maintenance and operation of the Secretary of Defense.
...
F. The Director and Deputy Director of the National Security Agency shall be designated by the Secretary of Defense, subject to the approval of the President. The Director shall be a commissioned officer of the military Services, on active or reactivated status, and shall enjoy not less than three star rank during the period of his incumbency.

(DODD 5120.20). That military control may be changing with the new legislation "The American Freedom Act" floating through congressional committees now.

General Carter Ham, the [USAFRICOM] commander for the Pentagon, admitted last week that the US had helped trained the Mali rebels, including Captain Amadou Sanogo, who led the military coup which overthrew Mali’s constitutionally-elected government.

In describing the statement Ham made at the Ralph Bunche center, Veterans Today editor Gordon Duff is highly critical of Ham’s support for widening US military involvement in the region, including the recent establishment of drone bases in Niger.

Duff is extremely concerned that the US lacks the intelligence resources in Africa to prevent the horrendous “collateral damage” nightmares drones have caused in Afghanistan, Pakistan and Yemen.

He goes on to describe Mali as a “domino” in a misguided and poorly thought out destabilization effort aimed at creating a generation of warfare.
...
Western multinational corporations’ attempts to cash in on the wealth of Congo’s resources have resulted in what many have called “Africa’s first world war,” claiming the lives of over 3 million people. The Democratic Republic of Congo (DRC) has been labeled “the richest patch of earth on the planet.” The valuable abundance of minerals and resources in the DRC has made it the target of attacks from U.S.-supported neighboring African countries Uganda and Rwanda.

(Epigovernment:The New Model - 5). Ernie had the eye of an editor when he pointed out:

... the analysis offered within by Greenwald is especially poignant because it ties the NSA’s massive surveillance state in many of these foreign countries, not to the prevention of terrorism, but to the seemingly insatiable quest on the part of the U.S.-based, corporate global empire to secure economic advantage...

Bob, maybe this isn't exactly "news," but it still needs to be spelled out and laid bare from time to time. Maybe I knew it in a general, instinctive sort of way, but it is important to get the organized details and facts.

I would have to respectfully disagree, Bob in Portland.

Greenwald's thesis, that the NSA spying amounts to industrial espionage carried out on behalf of the corporate empire, may not be "new," the specifics he and others provide entail recent events in multiple countries and at economic conferences that were not previously reported upon, especially within the U.S. MSM.

That makes those specifics "news" and the linking of that "news" to the core thesis entails "news analysis."

Would you prefer a bland recitation of events without any mention of how they relate to a central thesis which, per your comment, you do not dispute? Is that what you think "news" must be limited to?

It seems to me that a core purpose of journalism is to speak truth to power --- a purpose that requires the analysis Greenwald offered during the interview.

Since fascists control the media and is repeating 24/7 "...the NSA is just watching terrorist...its only metadata..." etc. I think it is apropriate to answer that with "...industrial espionage carried out on behalf of the corporate empire. 24/7."

Repeat it a million times; it will still not be enough.