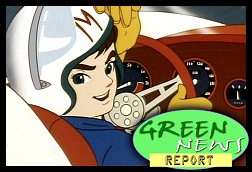 The Arctic Ice Cap satellite (Cryosat) has given data that allows us to say that the Arctic Ice Volume has halved since ~1983 (BBC).

What throws deniers off is an understanding of the concepts of "area" vs "volume" (How Fifth Graders Calculate Ice Volume).

The BBC thingy explains extent ("area") and thickness ("volume") which would make any fifth grader proud not to be a denier.