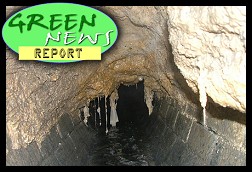 « PREVIOUS STORY "KPFK 'BradCast': Dan Froomkin on Why the Sale of Washington Post Matters"
» Go to The BRAD BLOG front page «
"Texas: We Discriminate Against Democrats, Not Minorities! That Would be Wrong!" NEXT STORY »

Here is a link to a 1958 Science Guy show where global warming induced sea level rise is discussed.

It says Miami will be under water: Video Link

« PREVIOUS STORY "KPFK 'BradCast': Dan Froomkin on Why the Sale of Washington Post Matters"
» Go to The BRAD BLOG front page «
"Texas: We Discriminate Against Democrats, Not Minorities! That Would be Wrong!" NEXT STORY »
See MSVL and support BRAD BLOG! Click here for signed premium version!