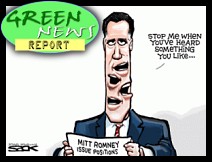 Al Jazeera English's Bob Abeshouse and Yasmeen Qureishi have put together an investigative report on the out-sized influence of the Koch Brothers on American democracy. The documentary premiered on AJE this week, and both starts and ends with the "Secret Koch Tapes" we exclusively published last month in a series of articles at Mother Jones and here at The BRAD BLOG.

There are a number of noteworthy points in this investigative look at the Kochs, co-owners of Koch Industries, the nation's second largest private corporation (the giant oil conglomerate inherited from their father), and how they are spending just some of the extraordinary $18 billion increase in personal wealth they've enjoyed over just the last three years under the tyranny of the Obama administration.

But among the interesting points revealed here, is the fact that this detailed exposé, a behind-the-scenes examination of two of the most powerful puppeteers behind American democracy, comes not from the far larger and better funded corporate news networks here in the U.S., but from from Al Jazeera. Go figure... 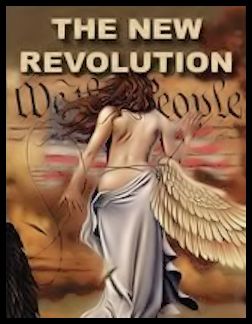 While both phenomena --- Occupy Wall Street and the "Tea Party" --- have emerged at a time of acute economic distress and a sense of alienation, disenchantment and betrayal brought on by an increasingly authoritarian corporate capitalism, they are as different as night is to day.

Occupy Wall Street is a genuine, organic, knowledge-driven democratic uprising. Its source, as perceptively described by Ben Manski, Executive Director of the Liberty Tree Foundation, is to be found in a profound "contradiction." "The promise of the Unites States is democracy," he writes, yet "The reality is that corporate elites rule."

The American "promise" is embodied in the lofty, egalitarian principles of the Declaration of Independence, in the recognition provided by the U.S. Constitution that the purpose of government is to "promote the general welfare," and in the concept inscribed above the portico of the U.S. Supreme Court --- "EQUAL JUSTICE UNDER LAW." The "reality," as noted by former New York Times reporter, Chris Hedges, is that political power in the U.S. has been seized by a "criminal class" of rapacious oligarchs, whose radical goal is not merely the ability to carry out their criminal pillage of the economy and the environment with impunity, but the decimation of "all impediments to the creation of a neo-feudalistic corporate state."

The goal of Occupy Wall Street, Manski observes, is "to make the promise the new reality." It is, in that sense, a broader movement than both the civil rights and anti-war movements of the 1960s, for it is not limited to a rejection of Jim Crow and imperial conquest, but a total rejection of the authoritarian corporate security state that the rapacious oligarchs have erected.

Like the occupiers, the indoctrinated followers of the "Tea Party" are experiencing a profound sense of fear, alienation and betrayal. But what the latter do not realize is that theirs is a misdirected anger --- the product of an Orwellian manipulation by the same reactionary billionaires (aka "economic royalists" per FDR) who, in reality, are the source of their economic insecurity and political oppression.

But, before exploring the Orwellian manipulations of billionaire sociopaths, let's examine the underlying political and economic conditions that have given rise to Occupy Wall Street...