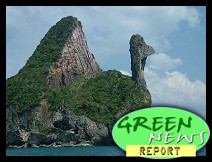 IN TODAY'S RADIO REPORT: Meet the world's newest oil spill, now in Brazil and starring Chevron!; Supercommittee FAIL a big win for Big Oil; Confirmed again: Extreme weather is the New Normal; Bye-bye oysters; PLUS: Surprise! Fox News deceives its viewers on climate change, or the more you watch Fox, the less you know ... All that and more in today's Green News Report!

IN 'GREEN NEWS EXTRA' (see links below): Not-so-fresh round of hacked climate science emails leaked online; TX towns will run out of water in 2 weeks; Hackers target US water utility; Future cancers from Fukushima plant may be hidden; Solyndra accounts for less than 2% of the DOE's loan program; Scientists slam BLM’s coal-friendly slant on climate change; Obama Says Climate Threat ‘Cannot Be Denied’... PLUS: The art of talking about climate science ... and much, MUCH more! ...


“We need to be worried,” said one of the study’s lead authors, Maarten van Aalst, director of the International Red Cross/Red Crescent Climate Centre in the Netherlands.

What’s missing from so many articles about CO2 in the ocean is some mention of the paired nature of CO2 on this blue planet. The first half of the CO2 problem is that CO2 already emitted into air and oceans is about 1 trillion tonnes, this is yesterdays CO2. Yesterday's CO2 is slowly being converted via H20+C02=H2C03, into acid and ocean death. The other part of the CO2 issue is the CO2 yet to be emitted, it will surely add a second lethal dose of CO2 to the oceans, Tomorrow’s CO2.

But first things first… yesterday’s first trillion tonne dose of CO2 is lethal, as demonstrated by the crisis of shellfish, our ocean sentinals. What can be done about this first lethal dose?

Surely all of the attention being focused on the reduction of Tomorrow's CO2 will hopefully slow down the administration of a second lethal dose of CO2 to the air and oceans. Though all of tomorrow's emission reduction effort will be in vain if the first lethal dose is ignored and kills the patient. That patient is all important and there is only one of her, Mother Ocean.

There is ONLY ONE Earthly mechanism that can mitigate the first lethal dose of CO2 and prevent it from becoming acid death. That ONE means was revealed by the late great John Martin, who in the 1980′s reported on the crisis of CO2 in the oceans, declining ocean plant life, and the simple dirt cheap solution… Only restoration of ocean plants, the phytoplankton, and their photosynthesis can divert those trillion tonnes of engineered CO2 that are destined to become acid and turn it, instead, into ocean LIFE.

Only if we choose LIFE instead of acid ocean death does higher life in the oceans have any chance. The ocean science community has been arguing for 25 years over Martin’s prescription for ocean life. We now have mere years to succeed at restoring ocean phytoplankton lest, following the dying shellfish we see today, we watch the remainder of higher ocean life become extinct as the oceans return to a sea of cyanobacterial slime from when all life on this blue planet sprung a billion years ago.

Read about John Martin by Googling “John Martin On the Shoulders of Giants”, his epitaph by NASA. http://earthobservatory....asa.gov/Features/Martin/ or if you prefer something different http://knol.google.com/k...manifesto-business-plan#