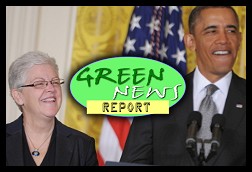 Thanx for the report kids!! GNR is me favorita on BB. Have you ever thought of syndicating it and possibly pitching it for placement on other websites or public radio? Short and sweet fact filled delivery with the right balance of snarky commentary without a big corp agenda.

Well, here is a new twist. The damaged Climate System is generating Hollywood jobs of all things.