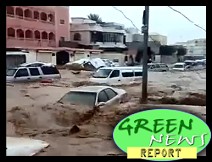 IN TODAY'S RADIO REPORT: Was the White House responsible for blackouts in TX? Some rightwing pundits thinks so (surprised?); Worldwide flooding, fires and storms: The growing cost of extreme weather to governments around the world; PLUS: A cool reception for President Obama from the U.S. Chamber of Commerce... All that and more in today's Green News Report!

[Now UPDATED with audio archives from tonight's show below!]

I'll be guest hosting the nationally syndicated Mike Malloy Show every night this week, through Friday, week as the Malloys enjoy a Progressive Cruise on the Caribbean. (Yes, I'm jealous.)

We'll be BradCasting LIVE tonight, and all week, 9pm-Midnight ET (6p-9p PT), coast-to-coast and around the globe from the studios of L.A.'s KTLK am1150. Join us by tuning in, chatting in, Tweeting in and calling in! Our LIVE and lively chat room will be up and rolling right here at The BRAD BLOG during the show, so please come on by and say hey while you're listening! (The Chat Room will open at the bottom of this item a few minutes before airtime, see down below, just above "Comments" section.)

The Mike Malloy Show is nationally syndicated on air affiliates acros the country and also on Sirius Ch. 146 & XM Ch. 167. You may also listen online to the free LIVE audio stream at affiliate GREEN 960 in San Francisco or via MikeMalloy.com.

POST-SHOW UPDATE: We were able to reach MARCY WINOGRAD at the last minute to discuss the late breaking news that Rep. Jane Harman is leaving Congress. The archives are below, where you can hear whether she plans to run in the upcoming special election, along with everything else from tonight's show. (Chat room archives are also below!) Enjoy! See ya tomorrow night!...

Whichever side these guys are on, I'm on their side...

The Malloys are heading out for a week of Progressive Cruising next week (no, that's not some sort of sexual metaphor, it's an actual cruise in the Caribbean with a bunch of progressives, including a bunch of our pals!), so we'll be sitting in for the next week as guest host for the nationally syndicated Mike Malloy Show beginning tonight!

As usual, we'll be BradCasting LIVE 9pm-Midnight ET (6p-9p PT), coast-to-coast and around the globe from the studios of L.A.'s KTLK am1150. Join us by tuning in, chatting in, Tweeting in and calling in! Our LIVE and lively chat room will be up and rolling right here at The BRAD BLOG during the show, so please come on by and say hey while you're listening! (The Chat Room will open at the bottom of this item a few minutes before airtime, see down below, just above "Comments" section.)

The Mike Malloy Show is nationally syndicated on air affiliates acros the country and also on Sirius Ch. 146 & XM Ch. 167. You may also listen online to the free LIVE audio stream at affiliate GREEN 960 in San Francisco or via MikeMalloy.com.

POST-SHOW UPDATE: Great show tonight (at least in my opinion). Audio archives are now posted below, along with the archives of tonight's chat room! Happy listening and tune in all next week too!...

Rush Limbaugh is a disgusting human being. But you probably knew that. If you didn't, audio from his show today --- which is broadcast over our public airwaves to some 15 million Americans a day, and even over U.S. Armed Forces Radio --- makes it as clear as ever.

First, as highlighted by Media Matters, Limbaugh made light of foreign journalists, including two reporters from the New York Times, being rounded-up in Cairo today because being detained while covering a story of huge import to this nation and the world, by a regime that has spent decades torturing such people is, of course, hilarious...

LIMBAUGH: Ladies and gentlemen, it is being breathlessly reported that the Egyptian army --- Snerdley, have you heard this? The Egyptian army is rounding up foreign journalists.

I'm sure that your emotions are running the gamut when you hear that two New York Times reporters have been detained along with other journalists in Egypt. Remember now, we're supporting the people who are doing this.

Next, later on in the very the same show, after he's learned that two Fox "News" reporters had been beaten and hospitalized following detention in Egypt, suddenly Rush gives a damn, and says he was just "kidding before about The New York Times"...

LIMBAUGH: According to Mediaite, Fox News' Greg Palkot and crew have been severely beaten and are now hospitalized in Cairo. Now we were kidding before about The New York Times, of course. This kind of stuff is terrible. We wouldn't wish this kind of thing even on reporters.

Moral depravity. As appalling as it gets.

For the record, as White House correspondent Paul Brandus tweeted last night as the round-up was beginning, "79 journalists were killed around the world last year - just for trying to tell a story."

According to the Committee to Protect Journalists, 849 journalists have been killed since 1992. Isn't that hysterical, Rush?

UPDATE 2/4/11: ABC News has compiled a rather lengthy list of the journalists rounded-up in Egypt this week and what happened to each. Rachel Maddow explains why she believes it is being done.

UPDATE 2/5/11: Thanks to UK's Guardian for citing our coverage in their own coverage of Egypt yesterday, helping the world to understand that Limbaugh does not represent the true values of this nation. 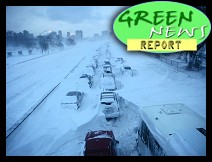 "The problems the protesters are trying to address are extremely deep-seated…Egypt and other countries of the region have just been through a neoliberal period which have led to…high concentrations of extreme wealth and privilege, tremendous impoverishment and dismay for most of the population." Noam Chomsky, 2/2/11 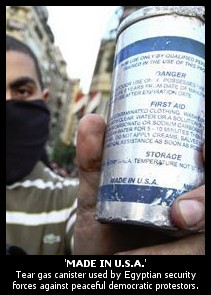 As more than a million protesters are said to have "flooded into central Cairo" this week, demanding an end to Hosni Mubarak's authoritarian rule, William Hartung, the director of the Arms and Security Initiative at the New America Foundation and author of Prophets of War: Lockheed Martin and the Making of the Military-Industrial Complex, explained a little understood fact about the "tens of billions of dollars" in US military aid used to prop up the authoritarian Mubarak regime.

It is money that Egypt never received, as he explained during an appearance on Democracy Now (see video at end of article):

WILLIAM HARTUNG: It’s a form of corporate welfare for companies like Lockheed Martin and General Dynamics, because it goes to Egypt, then it comes back for F-16 aircraft, for M1 tanks, for aircraft engines, for all kinds of missiles, for guns, for tear gas canisters, as was discussed, a company called Combined Systems International, which actually has its name on the side of the canisters that have been found on the streets there. So these companies—for example, Lockheed Martin has been the leader in deals worth $3.8 billion over that period of the last 10 years; General Dynamics, $2.5 billion for tanks; Boeing, $1.7 billion for missiles, for helicopters; Raytheon for all manner of missiles for the armed forces.

Hartung, however, has merely focused upon the military component of a much broader scam --- foreign aid --- which John Perkins, in Confessions of an Economic Hit Man, and in The Secret History of the American Empire exposes to be corporate welfare designed to enhance the power and control of a corrupt and brutal corporate Empire that benefits only a select few local authoritarian elites and the billionaires at the pinnacle of U.S.-based, giant multinational corporations. All at the expense of the great mass of humanity and a sustainable planet...

WASHINGTON—A federal judge is questioning whether a key component of the landmark Voting Rights Act is outdated.

At a hearing Wednesday in Washington, U.S. District Judge John Bates asked repeatedly about a section of the law that singles out mostly Southern states for additional election monitoring because they have histories of racial discrimination 40 or 50 years ago.

An Alabama county is suing the government over the law in a case that many predict will reach the Supreme Court.

Shelby County, with backing from conservative legal groups, maintains that it and other governments should no longer be forced to get federal approval before changing election procedures. The Justice Department and others counter that the localities are now using more subtle means to suppress minority votes.

No time, at the moment, to even begin responding to, or digging into, this one. But seems like we should put it on your radar. So for now, there it is. Please have at it.

For the record, the landmark Voting Rights Act of 1965 has been re-authorized by Congress four times since it was originally created and signed by President Lyndon B. Johnson. The VRA's most recent re-authorization, for another 25 years, was signed by George W. Bush in 2006 after it was passed by the Republican-led U.S. House 390 to 33, and by the U.S. Senate in a unanimous 98 to 0 vote. 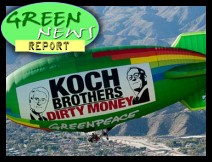