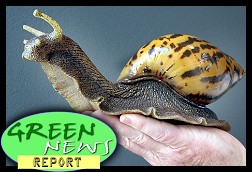 Hi Desi, and Brad, (in picturing my 'readership' I'll be thinking of the cute one ...),
this item circulating:

CINCINNATI — A southwest Ohio nun who cast a ballot on behalf of a nun who died before last year's presidential election has pleaded guilty to an illegal voting charge. ...

Hi Desi, and Brad, (in picturing my 'readership' I'll be thinking of the cute one ...)

Hey! Knock it off! Desi is cute too!

Gracias para su report verde!!! Awards for your work and efforts are nice and all, but it often seems to me that the people recognized and or selected are chosen by some private group of individuals as a way of propping themselves up or maybe some of kind of questionable popularity contest. To me, a NBA MVP award selected by the championship team would carry a lot more weight if the team voted for the honored recipient as compared to a group self important sports writers.

That being said, if the Pulitzer Prize is a goal
of the GNR, you will get there 1 day. In 2013, a big late 70's/80's band that still actively sells out stadiums worldwide and releases new records named Rush was elected into the RN'R Hall of Fame. Yee-Haw! In the last 20 some years, how many so called rock/rock related??? artists have been honored before them with even 1/10 of their musical output,longevity, or history? Not many.

My point again is that most the time, award judging is subjective and the selection process is some kind of unfair pathetic election in the dark. Sound familiar? Rock on Kids!!

But I do hope you're wrong about the integrity of award-judging with the Pulitzer, because the scrappy journalists at InsideClimateNews.org deserve this one, hands down! Check out their Pulitzer-prize winning, short e-book on the Kalamazoo River tar sands pipeline spill (owned by Enbridge) on Amazon.

We do hope to continue to rock on, as long as we are able. Thanks for listening!