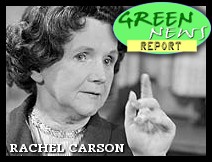 "It's getting to the point where I'm no one anymore" - Beatles

It is probably time to stop listening to the psychopaths:

(Perfect Storm: New Global Ground Zero). I mean, who talks about "100 million deaths" and "GDP" in the same sentence?

Someone suffering the shock of denial?

In the same link I provided above, it also points out that:


It calculated that five million deaths occur each year from air pollution, hunger and disease as a result of climate change and carbon-intensive economies, and that toll would likely rise to six million a year by 2030 if current patterns of fossil fuel use continue.

(ibid). That is the equivalent of one holocaust per year.

Some in the anti-Jewish world deny that one holocaust happened in the 1940's ...

The neoCons rightly criticize denial of that one holocaust that is over, but they deny the annual holocaust going on before our very eyes.

It is like global warming induced climate change is a cute subject that chic college kids argue about.

"One death is a tragedy; one million is a statistic." -Joseph Stalin

A new continent of garbage has been discovered in what was expected to be the pristine southern ocean.

Thank you for your great work! Please go to this link and continue to mention new energy technologies on your program, such as Tesla being mentioned, albeit for only a moment, last week.