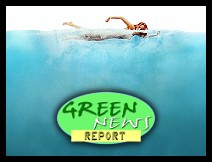 The only problem with the green movement at large is that, like government, we do not yet realize that civilization is sociopathic and psychopathic.

We need a way to administer psychotherapy on a group scale.


"Insanity in individuals is something rare - but in groups, parties, nations and epochs, it is the rule." - Friedrich Nietzsche

Which means, eventually, no more group.

Did you read the paper behind this article? "Earth's Plant Growth Fell Because of Climate Change, Study Finds"

I meant to say "It is easy to find along with rebuttals..." lol


"Geographers have projected temperature increases due to greenhouse gas emissions to reach a not-so-chilling conclusion: climate zones will shift and some climates will disappear completely by 2100. Tropical highlands and polar regions may be the first to disappear, and large swaths of the tropics and subtropics will reach even hotter temperatures. The study anticipates large climate changes worldwide."

(Ents & The Entities Become Nomadic). The flora and fauna are picking up signals the rest of us should not avoid.

Davey predicts that in 2100, temperatures will reach 100F several days in a row during the month of August in Texas. April showers will come early but there will be a late freeze in March.

Save this post and we will compare notes in 2101.

Davey is not always right, but he is never wrong.

Here is the title of the referenced paper: "Atmospheric observations of Arctic Ocean methane emissions up to 82° north"

I read the abstract (did not buy the paper).
Here is a quote: "We suggest that the surface waters of the Arctic Ocean represent a potentially important source of methane, which could prove sensitive to changes in sea-ice cover."

Looks like solid work but nothing in the abstract or the two pages I read for free indicated the terrifying title.

"The only problem with the green movement at large is that, like government, we do not yet realize that civilization is sociopathic and psychopathic.

We need a way to administer psychotherapy on a group scale."

While I generally agree with your conclusion, your "solution" is anything but. There is no evidence of any present day cures, treatments or therapy for sociopaths/psychopaths. The only means we have to address the problems they cause is to isolate them from the rest of society via institutions. Case studies have shown that in some cases a pro-active social setting can keep them from being "triggered", yet once that happens there is no putting the genie back in the bottle. The demonstrated need to impose significant liberty restrictions on a psychological "type" is a profoundly difficult question for liberals concerned about human rights. However, I think there are certain types of criminals and deviants upon whom liberals and conservatives agree need severe punishment (pedophiles being another of this type) or, more importantly, incarceration to "quarantine" them from society. The real question becomes how to
isolate the bad parts of a society already "poisoned" by psychopaths in order to allow the remaining parts to heal free from deeply-entrenched psychopathic rules, mores, procedures and "accepted truths."

PS: Kudos for thinking in terms of diagnosing entire societies. I've been doing something similar and the other main societal ill that jumps out is that many societies can be diagnosed as depressed in the psychological (not economic) sense.

Hey Des and Brad, off topic again...yeah sorry, can yinz guys do a piece on how Egyptian count is being done?

Davey, you should go to the link and tell Treehugger you disagree with the headline writer's word choice.

Regarding your humorous predictions of US summer temps by 2100, the US Global Change Research Program, a consortium of 13 federal science agencies focused on specific regional impacts in the US, predicts that 2011's record heat wave in TX, with nearly 60 consecutive days of over 100 degree temps, will be representative of the average summer across the entire southern US by 2100, higher in the desert Southwest. Folks in Florida will 'very likely' find summer is 6 months of 90+ on average. That must sound downright hilarious to you. http://www.globalchange.gov/

Of course, there are more impacts to loading the atmosphere with ancient carbon from burning fossil fuels than just higher temperatures affecting your summer vacation. Ocean acidification, for one. Numerous studies indicate that, contrary to popular belief, higher CO2 does not help plants grow or yield more (including in ongoing field trials), in addition to the impacts of sudden-onset heatwaves and precipitation shifts on crops and factory farming and the availability of water, including salt water intrusion to the water table from sea level rise.

You can always check your understanding of the cumulative scientific evidence (as opposed to individual studies) at www.skepticalscience.com.

Next question...if we are to start to get off oil in cars shouldn't we ask where lihtium is being mined... http://wiki.answers.com/Q/Where_is_lithium_mined ?????? Lithium batteries everyone! Just as a start. A smart grid will help too!

Sorry I didn't see your question earlier, Ancient. Yes! Lithium is a crucial component of electric car batteries, and lithium deposits are inconveniently located in other countries, most which lack strong governments to protect their poorest people from exploitation and pollution.

...which is why researchers the world over are working furiously to identify and develop alternative materials for electric car batteries. Luckily, research into renewable energy investment and battery storage has FINALLY received much-needed funding in the last few years.

Considering how rapidly solar power has advanced in just a few years after decades of being starved of research dollars, the development curve and timeline for batteries and battery materials will hopefully be similarly rapid.