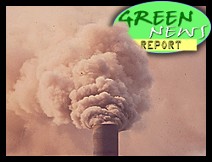 Hey, Brad, here's a discussion on a high-volume website with a lot of global warming deniers, if anyone wants to join it:
http://www.warriorforum....lity-climate-change.html